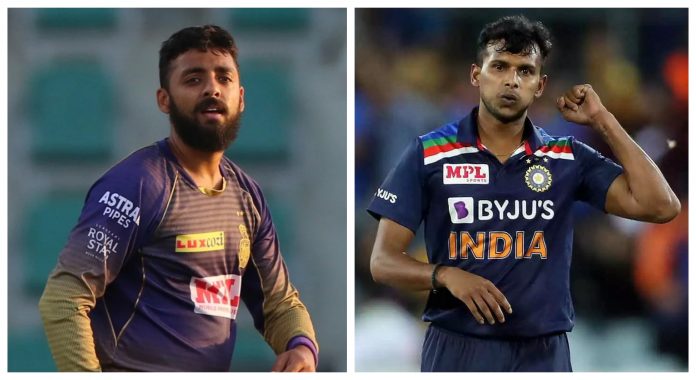 After registering a convincing victory in the four-match Test series, India are ready to take on England in the limited-overs series, starting with the T20Is from March 12. While a few new faces will be seen, fast bowler T Natarajan wouldn’t be featured in the series due to a shoulder injury. He had great success against the Aussies as well.

While speaking to ANI, sources in the National Cricket Academy (NCA) has confirmed the matter and said that while they didn’t rule him out completely, but there is a doubt for sure.

“He is down with a knee and shoulder injury and is in doubt for the T20I series. Will have to take it one day at a time and it is a race against time,” the source pointed.

Apart from him, spinner Varun Chakravarthy could also be replaced by another youngster Rahul Chahar in the team as Varun has once again failed to clear the mandatory fitness test. Rahul has already been added to the reserve players for the Test series and with Chakravarthy failing the test, Rahul Chahar could be a replacement as well. The Mumbai Indians spinner has played a T20I for India against the West Indies so far.

As far as Natarajan’s absence is concerned, it will be a huge blow for the team. However, all-rounder Hardik Pandya is in form and on Tuesday he posted a video on Twitter that saw him working on his bowling skills as well. Hardik has been playing as a finisher in the national team in recent times. While he bowled in the second ODI against Australia in Sydney in November, he felt discomfort and the question is there whether he will return to bowling any time soon.