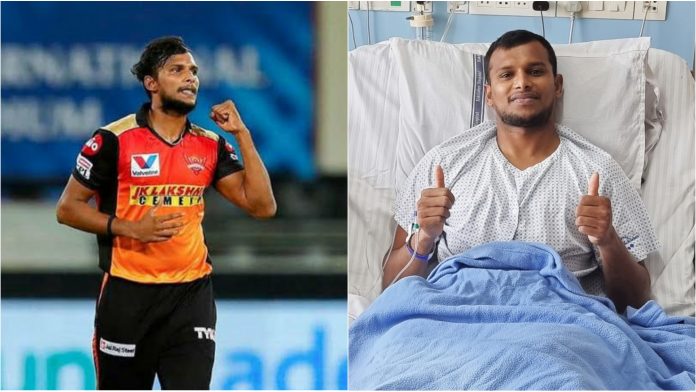 The Indian paceman T Natarajan had previously suffered a knee injury during India’s tour of Australia. Though he was not 100 percent match fit, he had returned to the pitch and started playing in the ongoing IPL season for Sunrisers Hyderabad. But, he was ruled out and surgery was on the cards. Thus, the surgery took place on Tuesday.

T Natarajan thanks the medical team and BCCI 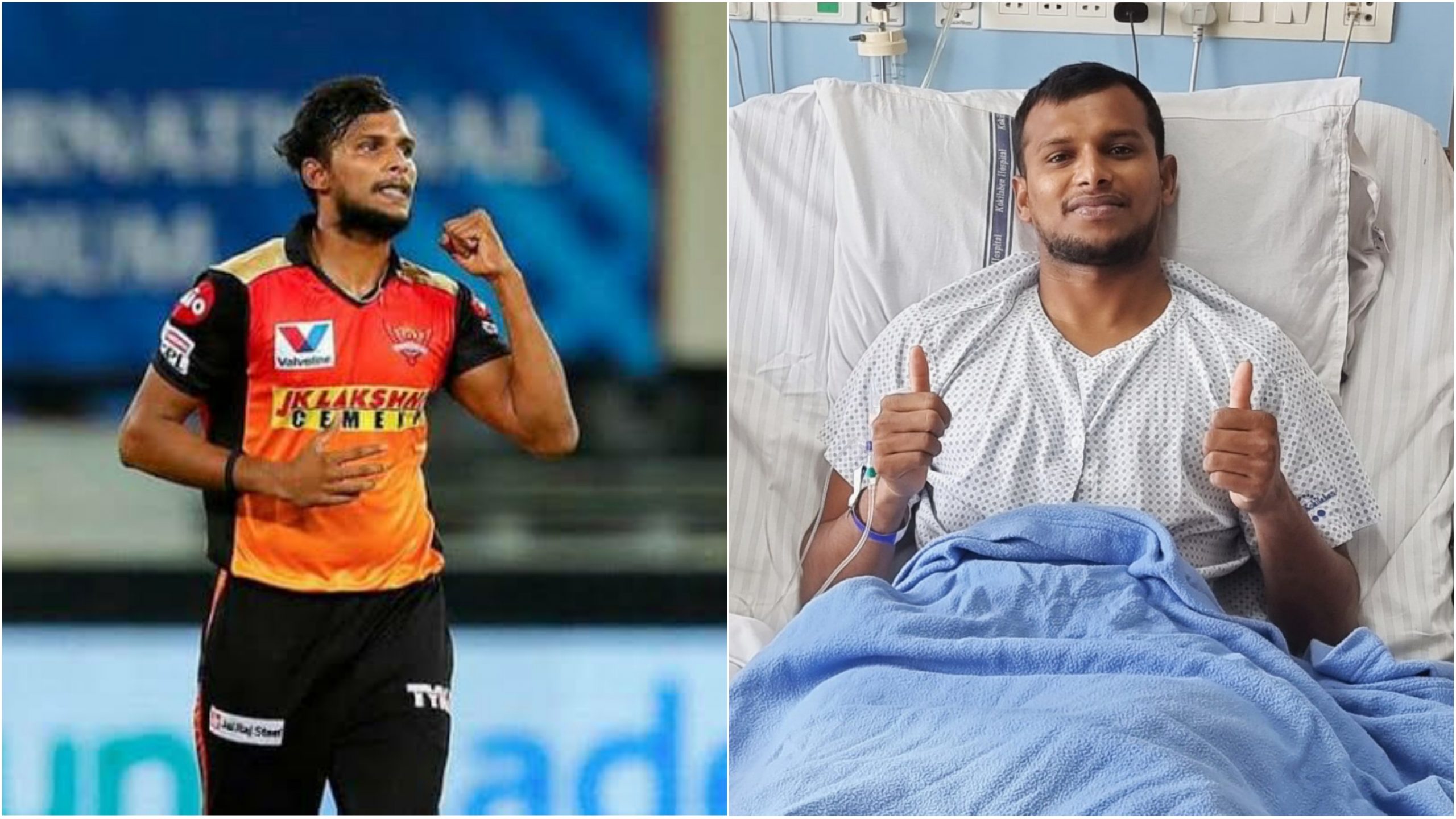 The IPL side, Sunrisers Hyderabad had dropped him from the squad last week due to the injury and it was reported that he would undergo surgery.

Following the successful surgery, the 30-year-old sensation thanked the BCCI and medical team for looking after him.

Natarajan took to his official Twitter handle and wrote: “Today, I underwent knee surgery – and am grateful for the expertise, attention and kindness of the medical team, surgeons, doctors, nurses and staff. I’m grateful to @bcci and to all that have wished well for me.”

Today, I underwent knee surgery- and am grateful for the expertise, attention and kindness of the medical team, surgeons, doctors, nurses and staff. I’m grateful to @bcci and to all that have wished well for me. pic.twitter.com/Z6pmqzfaFj

Natarajan had only played a couple of games for Sunrisers Hyderabad in the ongoing IPL season.It was reported previously that he had never fully recovered from the knee injury.

Following the conclusion of the tour of Australia, he had gone for rehabilitation at the National Cricket Academy. Though he was declared fit to make a return for the limited-overs series against England as mentioned earlier, he was not 100 percent match ready.

ALSO READ: BCCI gives assurance to overseas players about their return to homeland

Natarajan played for his team in the first two games, against the Kolkata Knight Riders and the Royal Challengers Bangalore. Later he was replaced by the left-arm pacer Khaleel Ahmed.

Natarajan had showcased a terrific performance during the last IPL season that was held in UAE amid the COVID-19 pandemic.

His yorkers and death-bowling were widely praised and that had earned him a spot in the National squad. He eventually played in all three formats.

The Sunrisers Hyderabad are yet to announce the replacement. They are struggling in the ongoing season being at the bottom of the table.