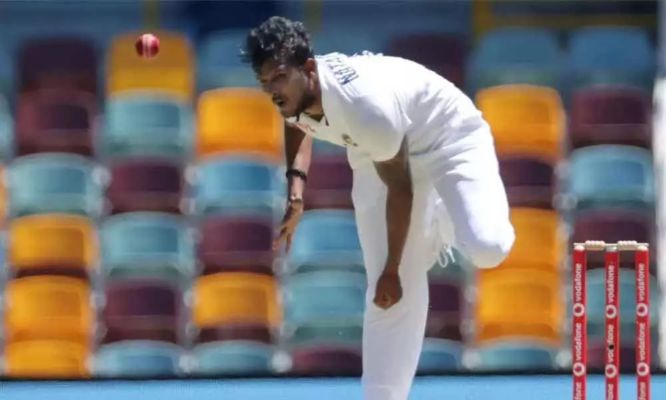 Team India have recently got a talented pace bowler in the form of T Natarajan, who believes that being a left-arm pace bowler gives him an advantage as there are not many bowlers who have a similar quality in the senior side now. Notably, Natarajan made his debut across formats during the series against Australia recently and his stunning show with the ball impressed everyone despite the fact that he didn’t play a lot of not having a lot of first-class cricket. 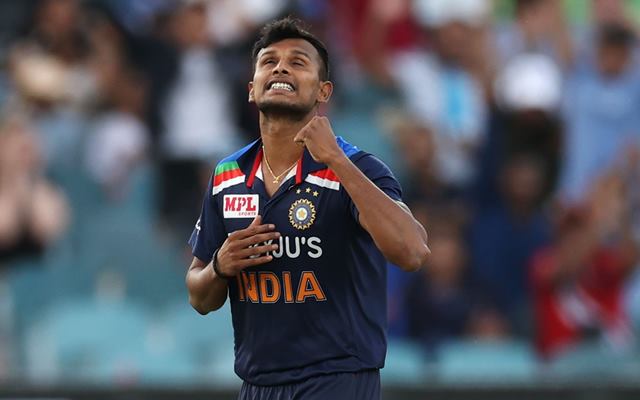 “The main reason for me playing all the formats has to go towards my practice and all my coaches, they would have known about my strength in the formats so they gave me a chance to play in all formats. I am a left-armer so that works as an advantage for me,” said Natarajan in a recent press conference.

After having a successful Indian Premier League, he was chosen as a net bowler for the series, but he later played the country in all three formats of the game. It is also noteworthy that he claimed three wickets, including Marnus Labuschagne and Matthew Wade in the first innings of his debut Test at Gabba.

“I always believe in my strength. I will try to support the Salem cricket association as much as I can. It is because of people’s support that I am here. People know how I came here, if one does hard word he can achieve anything. I could not meet you all when I returned, I thank the media and all who supported me,” he further added.

Meanwhile, T Natarajan also shared how the veteran spinner Ravichandran Ashwin helped him throughout the series and how he advised him to do well in the tour. Notably, they have already played together for Tamil Nadu and Tamil Nadu Premier League, etc. as well.

Meanwhile, after winning the final game and retaining the Border-Gavaskar Trophy, most of the Indian players have reached home by Thursday. And, now they will prepare for the upcoming series against England, starting next month.