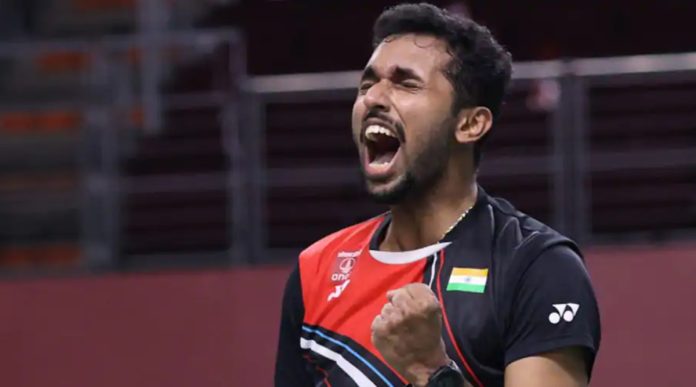 Indian shuttler HS Prannoy, who finished his 2022 Swiss Open Super 300 tournament campaign as the runner up in the men’s singles category, has made a jump of three sports to land at the no 23rd spot in the latest BWF rankings which has officially been released on Tuesday.

HS Prannoy, the 2017 US Open champion who is a former world no 8, reached his first summit clash in five years after a hard fought win against world no 5 Anthony Sinisuka Ginting, defeating the Indonesian  21-19 19-21 21-18 in the last four stage of the Swiss Open.

In the final, Prannoy was dominated by another Indonesian shuttler Jonatan Christie, losing the gold medal match 12-21 18-21 in 48 minutes. However, the 29-year-old Keralite has now clocked 52875 points and has soared to the 23rd slot.

Aside from Prannoy, PV Sindhu bagged the women’s singles gold at the Swiss Open after her dominating straight set victory over fourth seeded Busanan Ongbamrungphan in her second straight tournament final.

The two time Olympic gold medallist, who had earlier clinched the Syed Modi International championship back in January, outplayed Busanan of Thailand to a 21-16 21-8 victory in 49 minutes to clinch the title and has remained static on her number 7th slot.

Indian badminton prodigy Lakshya Sen, who made it to the German Open and All England finals in early March, is ranked 9th, while the duo of Chirag Shetty and Satwisairaj Rankireddy is ranked 7th.

Kidambi Srikanth and B Sai Praneeth have remained at their world rankings of 12 and 19 respectively, while Saina Nehwal has also held onto her 23rd slot . The Ashwini Ponappa-N Sikki Reddy pair are at the 20th slot, while Treesa Jolly and Gayatri Gopichand have gone down to 15th.