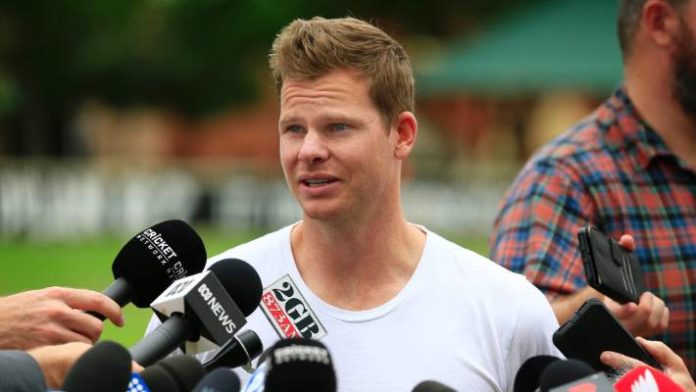 The man from Sydney is seen to be apologising to a young fan in his home ground following the sandpaper saga last March. 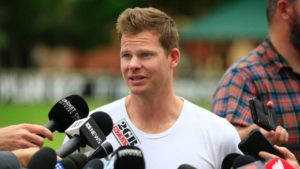 Australian cricketer Steve Smith is currently serving a one year suspension after indulging in the ball tampering incident along with his teammates David Warner and Cameron Bancroft last March.

In an exclusive footage broadcasted by Channel Nine, Smith is seen to be apologising to a young fan on committing a mistake back in South Africa. After bowling a few balls to him, Smith asks the youngster’s experience on batting at the SCG and then goes on to say that he let many more kids like him down last March.

Also Smith went on to open up more on the topic in an exclusive interview to Adam Gilchrist on Fox Sports. Smith pinpointed the reaction of James Sutherland and Pat Howard to a Test loss against South Africa in 2016 as pivotal in them engaging in the ball tampering incident.

“I remember James Sutherland and Pat Howard coming into the rooms there and saying ‘we don’t pay you to play, we pay you to win’,” Smith told Gilchrist.

Smith will now eye for a comeback into the side in the coming months and also work hard to earn a place in the World Cup squad that travels to England in June.