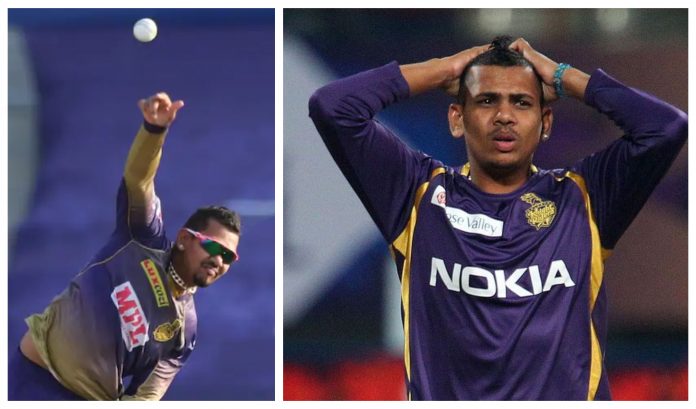 Kolkata Knight Riders spinner Sunil Narine has been reported for bowling with a suspected illegal action following a 2-run victory against Kings XI Punjab. The bowler has been placed on the warning list by the authorities and hence, will be permitted to keep bowling.

In case Narine is caught breaching the guidelines regarding legal bowling action, he will be suspended from bowling further in the tournament. The call to report Narine on his bowling action was taken by on-field umpires Chris Gaffaney and Ulhas Gandhe.

“Another report will result in Mr Narine being suspended from bowling in the Dream11 IPL 2020 until cleared by the BCCI Suspect Bowling Action Committee,” IPL’s release stated.

The West Indian spinner is no stranger to being surrounded by controversy concerning his bowling action. Ever since bursting into the scene in IPL 2012, Narine had to undergo several modifications to his initial bowling action in order to get clearance and continue bowling for his nation and franchises.

Narine had to miss the 2015 ODI World Cup in Australia to remodel his bowling action. Returning with a new action in IPL 8, Narine endured a rough time and had his lowest wicket tally for the two-time IPL champions with only 7 wickets to his name.

The mystery spinner has played a vital role in the team’s recent surge and also during their incredible comeback win against the struggling KXIP.

Entrusted with defending 14 off the last over, Narine managed to keep Glenn Maxwell at bay to help KKR win the contest by 2 runs.

In case the team miss the services of Narine due to a potential second offence, the other options include left-arm chinaman Kuldeep Yadav, Guyana Amazon Warriors skipper Chris Green and youngster M Siddharth.

After clutching the contest, the 32-year-old claimed that despite not being thrilled at the prospect of bowling at the death, he is happy to do it for the team.

I wanted to bowl wide or go as close to it as possible, for a moment I thought it was a six (explaining his last ball). It’s not ideal, but it’s a job someone has to do (bowling in the death). I’ll do as  best as I can, it’s something I’m still looking at, if it comes off, it’s good for the team and hopefully – we will get many more wins,” he said