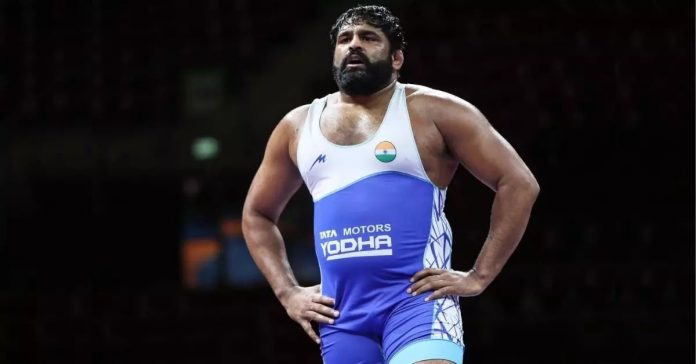 Indian wrestler Sumit Malik, whose Tokyo Olympics dreams was shattered after he failed his drug test and was suspended last month, has been banned from the sport for two years.

Last month, Sumit earned his spot at the Tokyo Olympics in the 125kg category at the World Olympic Qualifiers in Sofia, the capital of Bulgaria which was also the the last qualifying event for wrestlers.

During the qualifiers, he underwent a dope test and his A Sample returned a positive result and Sumit was suspended provisionally, with his B Sample scheduled to be tested on 10th June.

Now, the second test result has also returned positive and the UWW (United World Wrestling has imposed a two-year ban on the Haryanvi grappler, who has a week of time to accept the suspension or challenge against it.

While his Olympics dream was already over after he was slapped with a provisional ban earlier, now the 28-year-old will have to wait for two years before he can return to the mat once again.

The 2018 Commonwealth Games gold-medallist who hails from Rohtak, Sumit has been sustaining troubles with his knee, which he injured during the national camps before the Olympic qualifiers had kicked off.

After failing to secure his berth at the Asian Qualifiers and the Asian Championship, both of which took place in Almaty in April, the 28-year-old reached the finals of the World Qualifiers in Sofia, but pulled out from the final due to the same knee injury.

Last month, sources claimed that Sumit had tested positive due to a substance he took unknowingly during the Ayurvedic treatment he underwent to treat his knee. However, traces of methylhexaneamine (MHA) was found in his test samples.

According to the World Anti-Doping Agency’s (WADA) list of prohibited substances, methylhexaneamine is listed under “prohibited in-competition” as a specified stimulant.