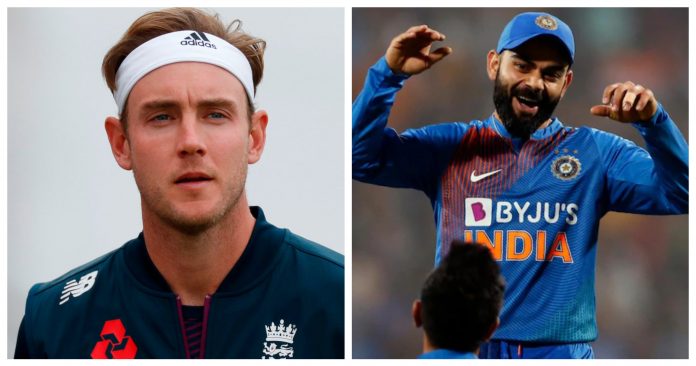 Team India have been taking on England in a full-fledged series where the first Test is ongoing at the MA Chidambaram Stadium in Chennai. A flat track has been helping the visitors so far as captain Joe Root managed to score a stunning double-century. However, en route this, Virat Kohli and Joe Root were seen together in a heart-warming fashion at the end of the first day on Friday.

During the third session of the day, Joe Root was seen suffering from a cramp after hitting a slog-sweep off R Ashwin for a six. Kohli, on the other hand, being a true sportsperson helped his counterpart. It is also noteworthy that, Kohli returned to the game after a six-week paternity leave as he and his wife Anushka Sharma were blessed with a baby girl last month.

While waiting for the physio, Virat Kohli helped Root by stretching his leg after the end of the 87th over. While the incident was praised by everyone, the ICC reacted to it by tweeting, “heart-warming Spirit of Cricket gesture.”

Meanwhile, England pace bowler Stuart Broad, who didn’t feature in the first Test, took a dig and commented on the post by saying, “I ran a drink out too”.

However, England captain Joe Root smashed a double-ton. After he registered the century n the first day of the Test, former England skipper Nasser Hussain applauded him, saying that there’s no doubt regarding his position in the ‘Fab Four’ along with Virat Kohli, Kane Williamson and Steve Smith.

“It’s fitting that Joe Root proved he’s a true great by scoring a hundred in his 100th Test,” Hussain wrote in his column for ‘Sky Sports’. “Some people were starting to doubt if he belongs to that group of Virat Kohli, Kane Williamson and Steve Smith when he went through a lean patch last year – but don’t forget he was still averaging 40 in that period!”

“During the long break enforced by lockdown and the pandemic he thought ‘how am I going to go back to being the Joe Root that I was?’ “He watched videos of various people and looked at his game and three hundreds in a row suggests he’s analysed his game pretty well!” he further added.