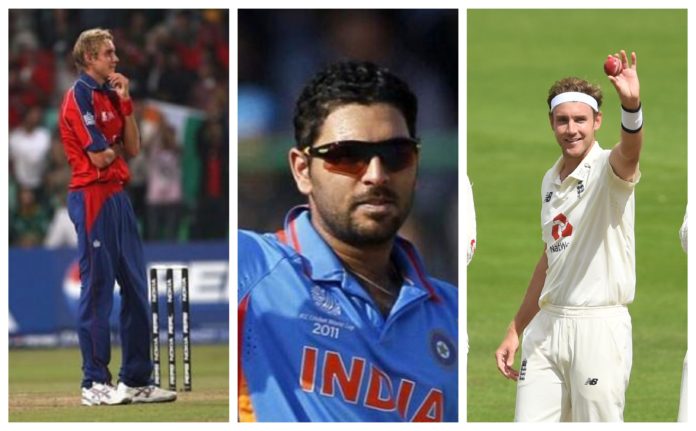 Stuart Broad joined an elusive list by only becoming the fourth bowler to scalp 500 wickets in test match cricket. While congratulations poured from all corners, Broad’s former nightmare Yuvraj Singh chipped in with a tweet as well to commend the pacer’s journey to the landmark figure. 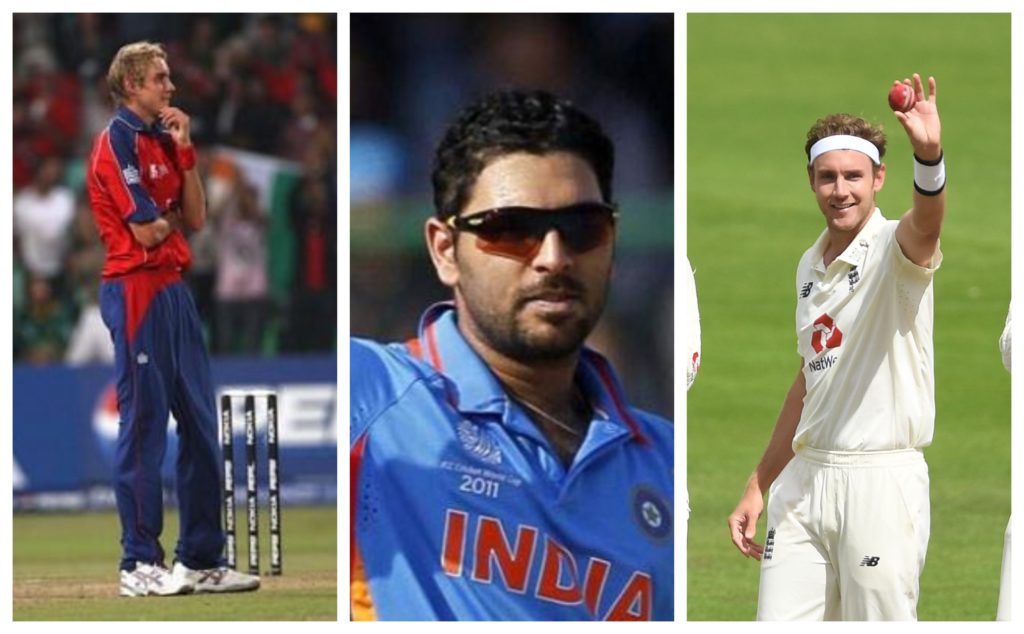 The pacer from Nottinghamshire reached the 500 wicket mark during the third test against West Indies at Old Trafford. After being dropped for the first test, Broad made a statement by claiming the man of the series award along with a ten-wicket haul in the deciding fixture.

Despite shattering record books and reaching the pinnacle, several people still associate Stuart Broad to his performance against India in the 2007 T20 World Cup, where he was hit for six sixes in an over by Yuvraj Singh. While the all-rounder has retired from the game, he still shares his thoughts and opinions when it comes to modern-day cricket.

In a heart-warming gesture, Yuvraj sent in a tweet congratulating Stuart Broad for his achievement. Also, at the same time requested fans to not relate him with the 12-year-old incident and instead appreciate the hard work, dedication & determination shown by the bowler over the course of his career.

Apart from Yuvraj, Broad was met with congratulatory messages all over social media from cricketing legends including Sachin Tendulkar. Sachin wrote:

Congratulations to England on their emphatic series win. And like I said earlier, @StuartBroad8 had a spring in his step and was out there on a mission. Congratulations also to him on picking his 500th Test wicket. Terrific achievement! #ENGvWI”.

I’m sure everytime I write something about @StuartBroad8, people relate to him getting hit for 6 sixes! Today I request all my fans to applaud what he has achieved! 500 test wickets is no joke-it takes hard work, dedication & determination. Broady you’re a legend! Hats off 👊🏽🙌🏻 pic.twitter.com/t9LvwEakdT

“I’m sure every time I write something about @StuartBroad8, people relate to him getting hit for 6 sixes! Today I request all my fans to applaud what he has achieved! 500 test wickets is no joke – it takes hard work, dedication & determination. Broady, you’re a legend! Hats off,”

The duo shares a special camaraderie off the field with Stuart Broad having wished Yuvraj a happy retirement when the all-rounder decided to bid adieu to the sport. Broad had posted a photo of them together along with the caption “Enjoy retirement Legend @yuvisofficial.”

Ever since that fateful night in Durban, Broad’s trajectory has only been upwards with the bowler representing England in 140 Tests, 121 ODIs, and 56 T20Is and has bagged over 700 International wickets to his name.

Broad’s pairing with Anderson in red-ball cricket has been the formula for England to win test matches, especially at home.