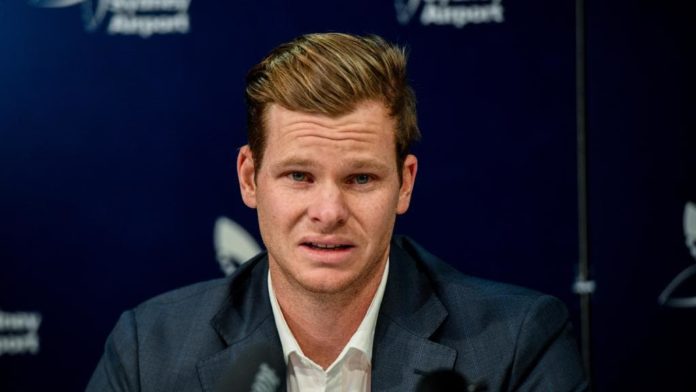 On Friday, former Australian captain Steve Smith opened up for the first time since the sandpaper gate scandal earlier in the year in South Africa which led to him being banned by the board until March 2019. Speaking to the media Steve Smith said he is at a calmer space of mind and is focused on preparing for his return. Smith admitted there were some dark days where he didn’t want to get out of bed. He credited the support of close friends and family in keeping him in good spirits.

“[Didn’t appeal ban] Because I just wanted to accept it and own – and take responsibility for it. I didn’t think about, um, reviewing it at all or appealing it, as such. It was just about accepting it and knowing that I’d made a mistake and accepting it and moving on from it,” Smith told the media.

“I’m going okay. I’ve had tough days, as I’ve said. I’ve had my ups and downs. I’ve been really fortunate to have a close group around me that helped me get through those difficult times. There have been some dark days where I haven’t wanted to get out of bed and things like that.

But, you know, I’ve had a close group of people around me that have helped me know that it’s OK, you know? Like, I’ve made a mistake and it was a big mistake, and from now on I’m trying to move on from that and improve as a person.”

He also shed light on the details of the ball tampering attempt in itself. He said he had learned of the plan when he overheard a conversation in the team’s dressing room at Newlands. “I walked past something in the room and had the opportunity to stop it I didn’t. That was my responsibility to stop it, and that didn’t happen and I have to take responsibility for that.

“I had the opportunity to stop it at that point rather than say, ‘I don’t want to know anything about it’ and that was my failure of leadership. And you know I’ve taken responsibility for that.”