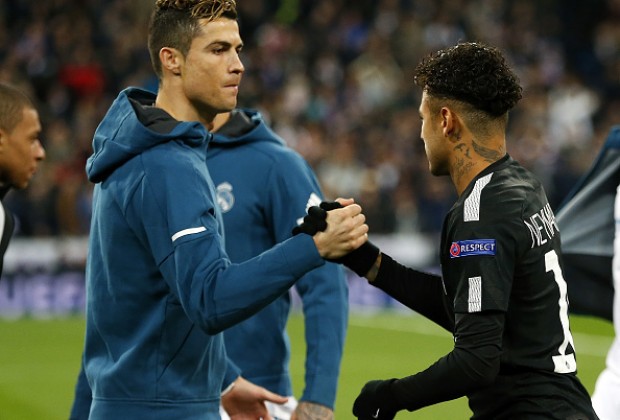 Although Cristiano Ronaldo is one of the most succesful players domestically and Internationall, Neymar Jr. seems to have better stats than the Portuguese

The Brazilian forward has netted 61 goals in 98 caps while Ronaldo in 160 games has found the net 93 times.

Neymar is also leading in the assists department. He has 41 assists for the ‘Canarinho’ meaning he is involved in 1.05 goals per game in a Brazil shirt.

In contrast, Ronaldo has 37 assists meaning his overall goal contribution sits at 0.81 for the current European champions.

Currently Ronaldo is second only to Ali Daei of Iran in the list of all time International top scorers. Ali Daei had scored 109.

Speaking to IRNA News, via Persia Digest, the record holder said, “Records are for breaking; I did it when it was my turn, and it will be someone else’s turn to beat my record next. It’s not a big issue.”

Asked if he would be upset to lose the record Daei added, “No, why should I be upset. Ronaldo is a great player with many honors in the world of football. He is on top form right now.”