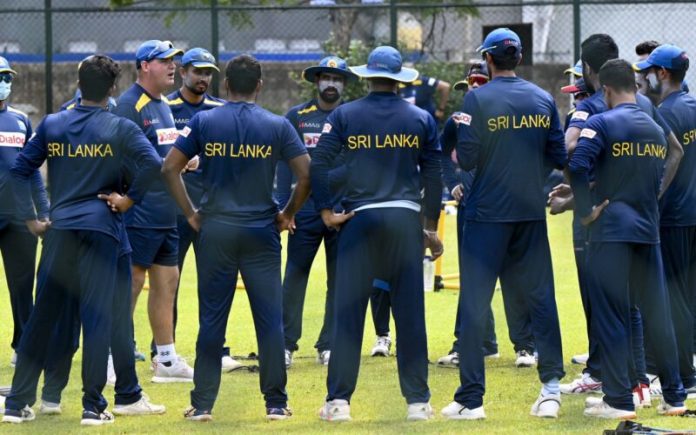 Just hours before the start of the 3rd ODI between Sri Lanka and India, the hosts were hit with bad news. Their ace spinner, Wanindu Hasaranga looks doubtful for the final ODI due to an injury concern.

According to CricWire, Sri Lanka Cricket sources have said that Hasaranga suffered a minor injury. Hence, the leg spinner might be rested for today’s game as a precaution. This is a major setback for Sri Lanka as Wanindu Hasaranga was by far their best bowler in the series. With the help of his deceiving leg-spin and googly, Sri Lanka almost won the 2nd ODI against India. Also, Hasaranga could contribute crucial runs as he has the ability to bat. Hasaranga is a gun fielder, so Sri Lanka will miss his services in the field as well.

The spinner finished with figures of 3 for 37 in his quota of 10 overs. He took the key wickets of Prithvi Shaw, Krunal Pandya, and captain Shikhar Dhawan. Whenever Hasaranga came into bowl, he always looked threatening. He was not only the highest wicket-taker for Sri Lanka, but also the most economical bowler for them.

But India snatched victory from the jaws of defeat, thanks to the heroics of Deepak Chahar. He along with Vice-captain Bhuvneshwar Kumar, stitched a partnership of 84 runs for the 9th wicket to take India home.

Kasun Rajitha is also out with an injury, will miss the final ODI. Right arm pacer, Kasun Rajitha will also miss the final ODI as he is also out with injury. Rajitha was expensive in the 2nd ODI but took the key wicket of Ishan Kishan.

But it is likely that they will go with Akila Dhananjaya. Dhananjaya has troubled Indian batsmen in the past. In 2017, he almost won Sri Lanka an ODI single-handedly by taking six wickets in a spell.

But similar to what happened in the 2nd ODI, India snatched victory due to a record-breaking partnership between MS Dhoni and Bhuvi. The duo made a record century partnership for the 9th wicket to take India home.