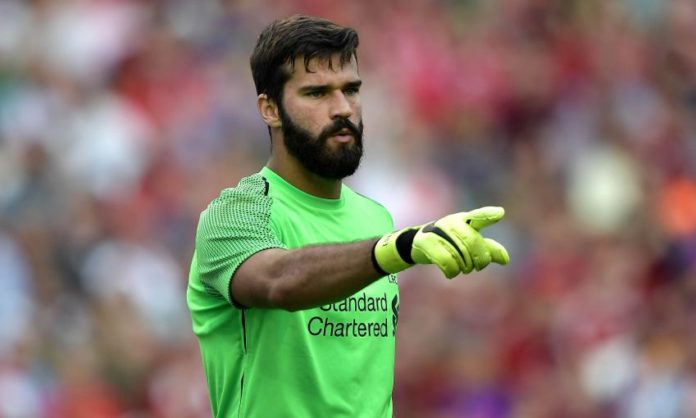 If at all anything , 2018 has been a year of the goalkeepers in this era of crowd-pleasing dazzling goalscorers. The transfer fee record for goalkeepers in world football was broken not once but twice this year. SportsIndiaShow ranks the best 5 goalkeepers of the calendar year and some of the picks might be surprising to few but thats the life of a goalkeeper isn’t it? Most are only remembered for the mistake among all the saves. Nevertheless , times are changing and goalkeepers are being much higher valued and well-reckoned. 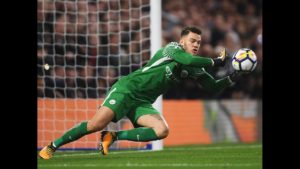 This Brazilian shotstopper has been a revelation for Manchester City. He was at the core of the title winning City squad in May and was in the World Cup squad for Brazil. This young flamboyant goalie has made big saves on the big occasions – be it Manchester Derbies or crucial Champions League knockout games. Ederson does week in week out what every top goalkeeper is expected to do – save games with saves. His shot stopping is second to none and his acrobatics and reflexes are massive compliments to his style of goalkeeping. Coming to style, he is a perfect modern GK and distributes balls with serious threat for the opponents. He turns opponents attacks into goals for City just by distributing balls across the pitch. He is the present and definitely one for the future! 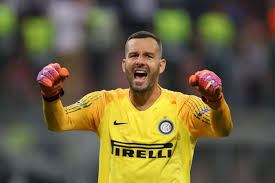 Viewers who don’t watch Serie A would not be very aware of Handanovic’s goalkeeping prowess. For starters, he’s right up there with the current greats. Handanović is an extremely agile and athletic goalkeeper, who is renowned in particular for his outstanding reflexes, acrobatic saves and excellent shot-stopping abilities, as well as his ability to organise his defence. He finished 2017–18 season by being ever-present in league, playing in every minute as Inter finished fourth, meaning they will play in Champions League for the first time in six years. With 17 clean-sheets, Handanović was ranked second along with Roma’s Alisson in the clean-sheets list. He conceded only 30 goals, his lowest tally since debuting in Serie A. In 2018-19 season so far , he has recorded 8 shutouts in 21 appearances for Inter Milan thus making 2018 a brilliant year for the Slovenian. 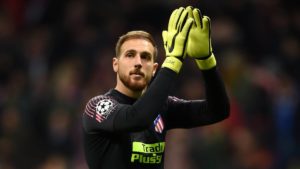 There is something about Slovenia and incredibel goalkeepers. Oblak has won La Liga Zamora Trophy for best goalkeeper in the Spanish first division in each of the last three seasons. He is having a dream year with soaring figures. In 2017-18, Oblak kept 29 clean sheets in 49 games for Atletico Madrid and he carried his form to the current season with 20 shutouts in 24 games. That is crazy considering the pace of the game these days! Although his trophy cabinet is not as illustrious as other goalkeepers of his level , Oblak is still 25 and has a long way to go. Keeping in mind that goalkeepers peak later than outfield players with some legends peaking after 30 , this young shot stopper could go on to win it all given his pair of gloves. 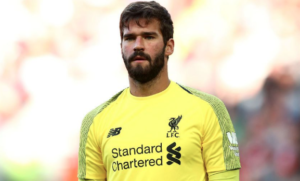 You have to be really special to bench Ederson Moares for Brazil National Team and guess who did that this summer in Russia? the 2nd most expensive goalkeeper in history. Alisson was hot property in Roma already and when Liverpool came knocking after a Champions League 2nd place run , there was only one way to go and it costed the hosts 54 million. 22 clean sheets in 49 games comprised his 2017-18 season and 13 shutouts so far in 24 games during his time at Merseyside. Alisson like his Brazilian counterpart at City has got sensational distribution and point blank saves. He’s quick off the line and is a terrific ball handler at the back with quick feet to beat opponent poachers pressing. Alisson was involved in Brazil’s quarter final run in the World Cup and this 26 year old has a promising career ahead. 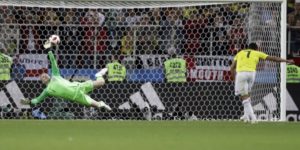 It wasn’t coming home unless England got another David Seaman between the sticks. It certainly didn’t come home but England’s wish came true in the form of Jordan Pickford. He could save the titanic , say some but in reality he’s saved some impossible to-be goals and with some aplomb. He carried England to the World Cup semi-finals and was the man behind England’s first world cup win on penalties against Columbia and followed it up with a quarter final Man of the Match performance against Sweden. Pickford’s quick off the line and has reflexes that could dodge (read: catch) bullets. Apart from being brilliant in penalties , he is a leader at the back and organizes defence with authority for Everton and England. His debut season at Everton was already his dream season – Everton Player of the Season: 2017–18, Everton Players’ Player of the Season: 2017–18[89]Everton Young Player of the Season: 2017–18. His stats arent ones that earn him individual honours but he keeps his team in the game in important moments in crucial games.