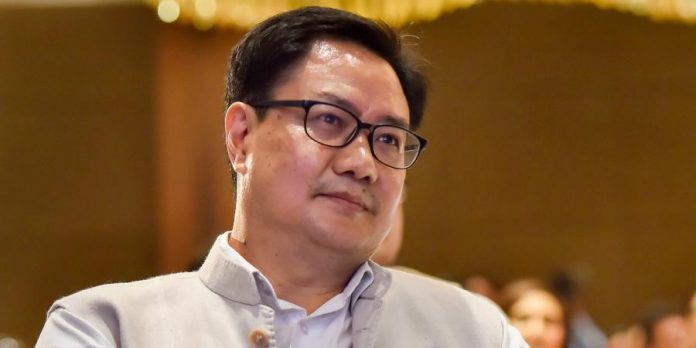 To host the upcoming Khelo India Youth Games, the Ministry of Youth Affairs and Sports of India has sanctioned ₹20.67 crores to host the government’s flagship event in Haryana in November this year.

The under-18 tournament, which has multiple different competitions, will showcase 25 different disciplines this year. Moreover, for the first time in its history, KIYG will see five indigenous games.

The 2021 edition of the event will be hosted across five cities- four in Haryana, namely Panchkula, Ambala, Shahabad, Chandigarh, as well as New Delhi. It will commence on 21st November and is scheduled until 5th December, first time in a different window than the usual January dates.

The traditional sports of the country that will be featured this year are Gatka, Kalaripayattu, Thang-ta, Mallakhamba and Yogasana, and in total, the tournament will see nearly 8.5k participants.

“I am very happy that the Games will be held in Panchkula in Haryana this year,” Sports Minster Kiren Rijiju said in a statement, “the existing sporting infrastructure in the state is very good and more infrastructure is being developed for the Games and I am confident athletes will have a very good experience.”

“It is a matter of great pride that the Khelo India Youth Games will be held in Haryana this time,” said Rani, while 18-year-old Bhanwala, who clinched a gold medal in 25m rapid fire pistol event at the 2018 Gold Coast Commonwealth Games added, “more facilities and infrastructure will be created thanks to the Khelo India Youth Games and this will boost the upcoming generation of athletes from the state in a much bigger way.”

The first edition of the Khelo India Youth Games, originally known as Khelo India School Games, was hosted in the national capital in 2018. The 2019 edition headed for Maharashtra, and Guwahati hosted the  grassroots event last year.