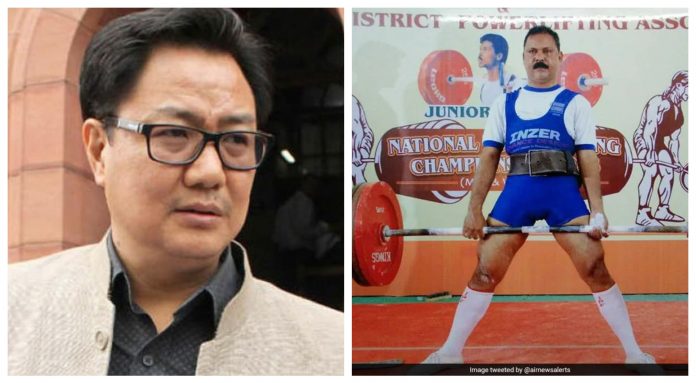 Including the general population of the country which has been hit severely due to the new wave of COVID-19 this year, former Indian powerlifter and international gold medallist Joseph James became one of the affected.

In a welcoming move, The Union Ministry of Youth Affairs and Sports has decided to come forward and aid the two time Asian championships gold medallist to aid the powerlifting legend’s battle against the virus.

Together with Sports Authority of India, the Indian Olympic Association and the MYAS, the Sports Ministry has approved ₹2.5 lakh for James, under the Pandit Deendayal Upadhyay’s National Welfare for Sportspersons scheme which has been aiding former athletes and coaches of the country during the pandemic. His family, who has been living in Hyderabad for more than three decades, admitted James to the Vivekananda Hospital in the city after his oxygen levels had drastically dropped and had to be kept in ICU for a week.

After his condition improved and stabled, James was discharged from the hospital on 5th May and is currently under home quarantine. The news of the financial assistance was shared by James himself as he recently revealed to Sportstar that the Telangana Olympic Association treasurer K. Maheshwarthe had reached out to his family about the initiative.

“We are grateful to the TOA general secretary K. Jagdishwar Yadav for following up our case with the Centre and ensuring that I got this financial assistance,” said James.

“On behalf of the entire TOA and the entire sports fraternity of Telangana, we are grateful to the MYAS, SAI and the IOA for their gesture,” said Telangana Olympic Association general secretary K. Jagdishwar Yadav, “these are the things which lift the morale of the sportspersons who are in dire straits.”

“It’s really great help from the Ministry at this time when even it is difficult to get support from our families and friends. I am obliged that the Sports Authority of India has remembered us when we were in need,” James’s daughter Alica Joe acknowledged