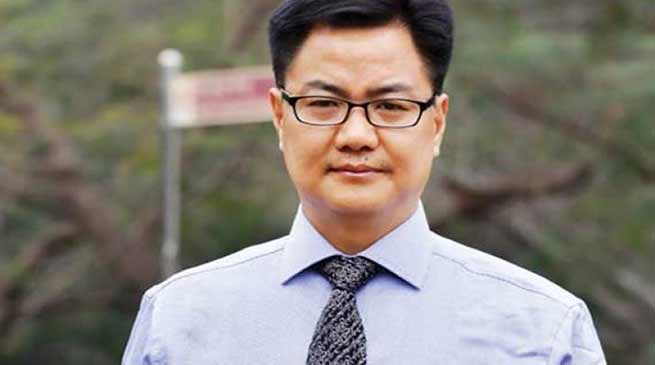 Sports Minister Kiren Rijiju, who took charge of the office from Lt. Rajyawardhan Singh Rathore, has increased the diet budget of SAI trainees and junior athletes to bring them at par with the senior athletes.

“Diet is key for the success of a sportsperson and no child can become a world champion with an inadequate diet. The diet of an athlete should not depend on the level at which he or she is playing but on the need of the athletes as per the recommendation of coaches and nutritionists. Budget cannot be the deciding factor while planning an athlete’s diet.”

Food is vital. Took a decision to increase the diet budget to bring parity between athletes in all SAI training centres. They will get diet as recommended by coach & nutritionist. All my decisions will be based on feedbacks from athletes & coaches. It will benefit 12500 athletes pic.twitter.com/pbkaEB0bhM

“I have therefore decided that going forward, there will be no discrepancy in the food budget of athletes who are training at SAI centers,” announced Kiren Rijiju.

If India has to develop as a sporting nation, then the country needs to develop itself right from the base. Increasing the diet budget of the athletes is a step taken in the right direction.