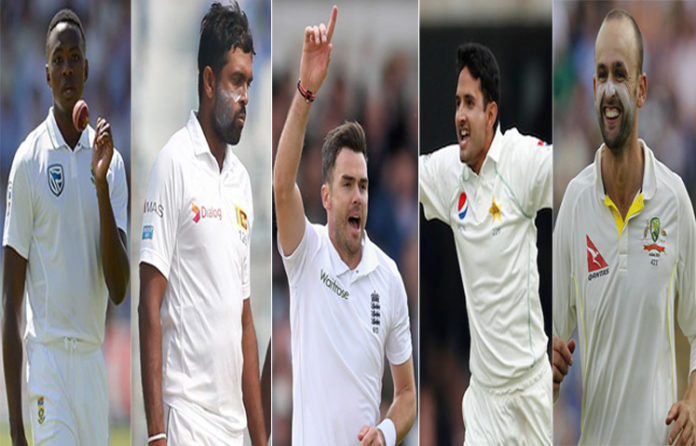 Here is a list of 5 Test bowlers who stood out from the rest.

Although cricket is popularly known as a batsman’s game, bowlers have ruled the sports for so many years. They have created problems for top batsmen, despite the fact that that rules of the game favour the batsmen.

As the year draws to an end, we take a look at 5 best performers with the ball – who impressed us the most with their pace, spin and movement this year. 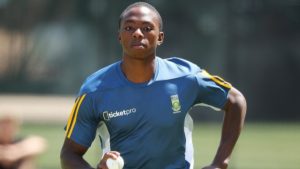 The South African right-arm fast bowler tops this list. The 23-year-old who has been playing for South Africa since he was on the Under-19 squad, has taken 46 wickets this year from 18 innings, at an impressive economy rate of 3.13. He also is currently ranked first in the list of Test bowlers.

His best performance this year came against Australia, with Rabada taking 11 wickets in the match and giving away 150 runs. That bowling performance saw South Africa take a convincing 6-wicket win, with Rabada declared Man of the Match for his efforts.

Dilruwan Perera has had quite the strong year, having previously hit the record of being the fastest Sri Lankan and seventh overall to take 100 Test wickets or more in December 2017, the 36-year-old has taken 46 wickets in the 18 innings he has played this year taking five wickets or more on three separate occasions, with a very low economy rate of 2.98.

Perera is known for his off-breaks and the arm-ball which he uses to deceive the batsmen in a regular manner. He used them to good effect to snap up 10 wickets in July this year while playing against South Africa in the first Test match in Galle. Part of that ten-wicket haul were figures of 6/32. He was adjudged the Man of the Match, and rightly so.

English pacer James Anderson comes in at number three. Anderson is perhaps the best swing bowler in the world at the present moment.

With a classical side-on action, he generates natural outswing and with the old ball he is capable of reverse swinging it.

Anderson has taken 43 wickets this year in only 22 innings, at a stingy economy rate of 2.47. His best figures (9 wickets for 34 runs) this year have come against India in the second test match in Lords, it included a five-wicket haul in the first innings.

Like many in Pakistan, Mohammad Abbas too started as a gully cricketer, but made a rapid rise up the ranks. Abbas took his maiden 5-wicket haul against West Indies, in his third Test match.

In the series against Australia, Abbas bagged 5/33 and 5/62 to script Pakistan’s massive 373-run victory over Australia in the Abu Dhabi Test. He finished the two-match series with 17 wickets and was awarded the man-of-the-series award.

Abbas has taken 38 wickets in the 13 innings this year, with three 5-wicket hauls among them at an economy of 2.27. He also became the first pace bowler to take 15 or more wickets in a Test Series in the United Arab Emirates.

The Aussie off-spinner, Nathan Lyon is the sixth highest Test wicket-taker this year with 40 wickets in 16 encounters.

The off-spinner is known for his economical spells, evident by his economy of 2.81 this year. In the recently concluded Test Match against India in Adelaide, he scalped 6-wickets which are also his best figures this year.

Lyon currently holds the record for the most Test wickets taken by an Australian off-spin bowler, after passing Hugh Trumble’s 141 wickets in 2015.