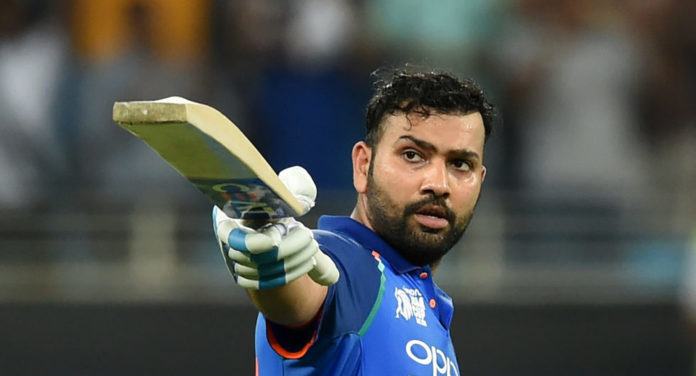 With 2018 is about to come to a close Sports India Show takes a look at the top 5 destructive batsmen across all formats in the calendar year. 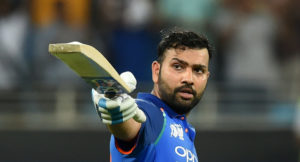 Shimron Hetmyer’s rise in 2018 has been a phenomenal one. Not only did he have a successful year, that saw him score 3 ODI centuries and have a good outing with the Guyana Amazon Warriors in the CPL but also saw himself being considered as one of the most destructive players of the current era. 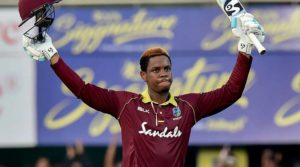 He scored his maiden century vs UAE in the world cup qualifiers last March. Though he was relatively inconsistent, he always packed a punch with his shots. Then came the CPL where he ended the tournament as the 3rd highest run getter, scoring 440 runs at an average of 40 and a whooping strike rate of 148.14. His exploits also included a 47 ball 100 at Lauderhill.

Continuing with his amazing form, he followed it up by becoming the youngest Windies player to score a century at home after reaching the three figure mark vs Bangladesh in August. The tour to India saw him earn a lot of fans and praise after he rocked the tour scoring yet another century despite going on to lose the series.

All these exploits eventually helped him earn the all elusive IPL contract on December 18th, after he was picked up by RCB for 4.2 crores. 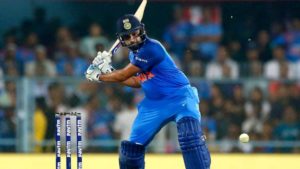 Rohit Sharma might still find it difficult to adapt to the test format but his performances in the limited overs circuit over the past year truly makes him one of the most feared players over the world. Despite having a poor IPL season, the Mumbaikar followed it up with consecutive centuries in both the England and Windies T20 series. The 100 he scored in the 3rd T20I at Bristol saw him break a number of records which included him equaling Munro for scoring 3 T20 centuries. He went past Munro when he scored another scintillating knock of 111* at Lucknow vs the Windies.

Rohit showed his dominance even in the ODI format. With a highest score of 162, Rohit stands as the second highest run scorer in 2018, only behind his skipper Kohli. He averages 73.57 in 2018 with five centuries and three half centuries in his kitty. 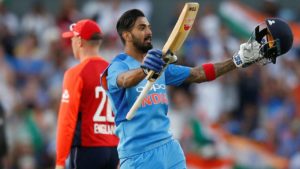 KL Rahul had a tame beginning to the calendar year, playing just a small role in the tour to South Africa. His major break came in the IPL season when KXIP snapped him for 11 crores, the joint-third highest price for that year. In the first match for Kings XI Punjab in the 2018 IPL season, Rahul registered the fastest 50 off just 14 balls breaking the record which was previously held by Sunil Narine. Despite Punjab put up a disappointing show on display, Rahul ended the season on a high finishing as the 3rd highest run getter with 659 runs at a stunning strike rate of 158.41. He also registered three 90+ scores and posted an unbelievable average of 54.91.

Following his successful IPL tenure, Rahul was offered a place in the limited overs side that was to tour England. He immediately made his chances count scoring a match winning century. Despite not firing on all cylinders post that game, Rahul still is considered to be one of the most hardest hitters out on the field. 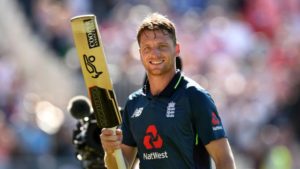 Jos Buttler can be considered an exception in this England side as many play only technically correct shots. But for this right handed wicket keeper it is all about striking the ball as hard as possible. He started his show right from the New Year’s Day smashing 81 off just 43 balls for Sydney Thunder in the Big Bash League.

Having failed to make an immediate impact in the IPL, many questioned his abilities to adapt to the subcontinent conditions. But he proved his haters wrong after he was given an opportunity to open by RR. He went on to score 5 half centuries on the bounce and single handedly guide his side into the playoffs before leaving for national duty. He registered a highest score of 95* and ended the tournament with strike rate touching 156.

Buttler enjoyed a similar story to KL Rahul and shone with the bat once again when both Australia and India toured his nation the following month. He adapted to various formats and also became an integral part of the test team and played a vital role in beating the Sri Lankans in their own backyard. 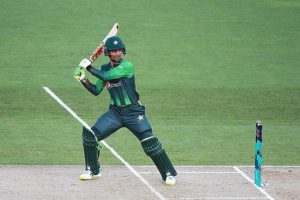 The name Fakhar Zaman isn’t new to the cricketing world. The Pakistani opener will always be remembered for producing a match winning knock in the CT finals in 2017. The year 2018 saw Fakhar Zaman reach new heights in international cricket. Pakistan generally are a team that scores at a very slow rate. Their woes came to an end after Fakhar Zaman began to set the stage on fire. Zaman combined with Imam to put up a record partnership of 303 vs Zimbabwe in July that saw him score brilliant knock of 210* off just 156 balls and join an elite company of players to score a double century. Also he happens to be the fastest player to score 1000 runs in ODI cricket.

Following this run fest vs Zimbabwe, Fakhar got a chance to prove his worth in the test circuit after being picked in the squad to face Australia. And opportunity came knocking when Imam-ul-Haq fractured his finger during the Dubai Test. And Zaman rose to the occasion by becoming the only Pakistan opener to score fifties in the both innings of his maiden Test match.