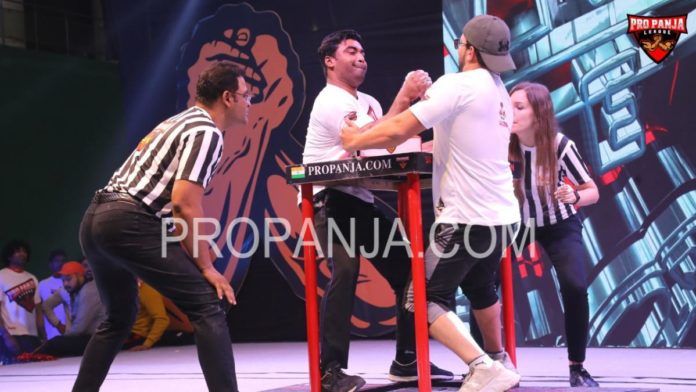 Pro Panja League has increased the visibility of the sport of arm-wrestling in our country and turned plenty of athletes into fan-favorites. People particularly loved one athlete not just for his strong and invincible performances on the table but also for his calm, cool and humble behavior off it, i.e. the PPL 90 kilos champion Siddarth Malakar.

Malakar came in as a heavy favorite to potentially win the tournament in his weight category because of him being a national gold medallist. He quietly but destructively made his way through the prelims, rag-dolling every opponent with ease and defeating them without breaking a sweat in less than 5-10 seconds every time.

Though, some doubted his chances when Harmann Maan and Pratham Bagga too started winning with ease and a lot more panache and razzmatazz. However, in the end, Malakar proved his critics wrong as only he stood tall when the dust settled after some amazing, barn-burning Panja matches. 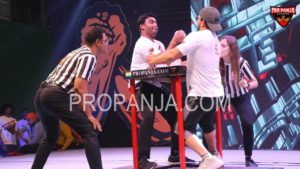 In a recent interview with Bollywood celebrity and PPL founder, Mr. Parvin Dabas, Siddarth shed light on his current battle as a doctor in fighting Coronavirus. He also talked about being a late bloomer to the sport and his PPL experience.

“I am a neuro physiotherapist by profession and I work at a hospital here in Guwahati. So I have been working every day even during this lockdown. We get personal protection kits from the hospital, but even then we have to personally take care of plenty of things, have to, for instance, continuously sanitize and cannot touch the patients directly without gloves, etc. What’s equally tough to manage is when I return home, we have been strictly told to ask our family members to keep the gate and doors open, so that we do not have to touch anything, I just walk straight into the bathroom and put all my clothes directly in a bucket filled with detergent to avoid the potential transfer of disease. After that is done, everything I’ve touched that day inside the car needs to be sanitized, from the steering wheel to gear lever, everything. This needs to be followed every day,” Siddarth told Parvin on how he is busy fighting Coronavirus as a doctor.

Malakar then told Parvin how he was a bit of a late bloomer in arm-wrestling and did not compete professionally till just 5 years ago, “I honestly never thought I’ll ever compete as a professional arm-wrestler. Everyone does arm-wrestling some time in their lives as a kid in school, just too see who is the strongest, but you never take that seriously. So I would do arm-wrestling in college and would win, but things took a turn when in my final year of college back in 2014, during our annual college fest, an arm-wrestling contest was organized by the IAFF treasurer Mr. Pran Chaliha himself. So I competed in that and ended up winning the tournament. Mr. Pran noticed my talent and tried to convince me to take the sport up as a professional athlete and compete in tournaments, but I was reluctant because I did not want to get my arm broken. However, I later agreed and started competing from 2015 onwards.”

He continued explaining his rise in professional arm-wrestling, “In 2015, I had a terrible ranking in the Nationals. In ’16 I got really close to getting a medal but didn’t. Finally in 2017, I won a National gold medal. In 2018, I won two silvers and in 2019, I won both a silver and a gold medal.”

“I was very excited when I found out last year during the Nationals that Pro Panja League is happening because I’ve always only heard that this sports has no scope, no future. I still continued playing the sport as a hobby with complete dedication. But then when PPL came, I finally believed that this could be it. This could potentially give the sport and athletes fame and to display our skills. So I had already made up my mind to participate and win at PPL,” Malakar said about his journey to becoming a PPL champion.

He continued, “I knew Harmann Maan was an extremely strong contender, I had also heard of a new up-and-comer Pratham Bagga. Bagga somewhat scared me a bit more when he defeated Harmann in the prelims and made his way to the semi-final. But then I regained all my confidence when I quite easily managed to defeat Bagga in the semi-finals. I knew then that I’d win the final too.”