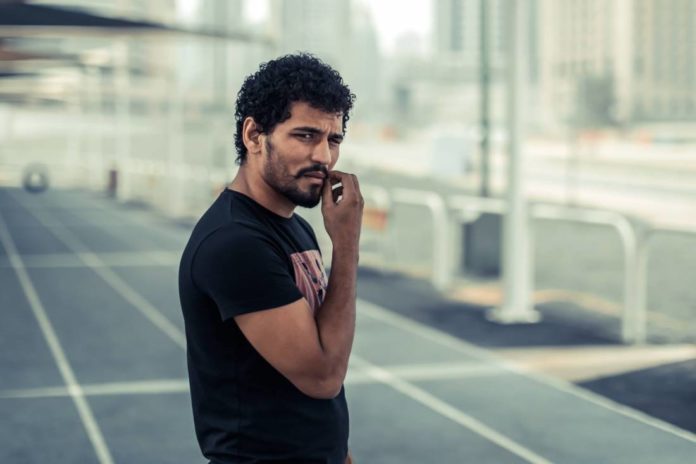 Neeraj Goyat (9-3-2) has been a professional boxer for seven years now, but it wasn’t until August last year when he was able to showcase his talents to the millions of people live on prime time sports network on the undercard of superstar Vijender Singh vs  Zulipikaer Maimaitiali.

Although the main event was disappointing as Vijender Singh won a close lackluster fight, it was the Co-Main event featuring Neeraj Goyat vs Allan Tanada which took the fight of the night award for me. 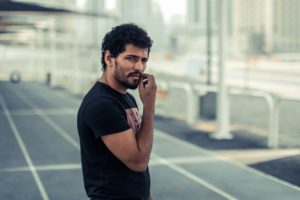 It was grueling toe to toe action over twelve rounds and both Goyat and Tanada exchanged heavy leather of which the thuds were heard all around the NSCI indoor stadium in Mumbai.

The 26-year-old hard-hitting Indian will fight again on August 25 against a Mexican who’s name is yet to be disclosed in Budweiser Stage, Toronto, Canada.

Neeraj Goyat was able to give Sports India Show an exclusive interview on his upcoming fight.

Q. How were you able to secure the opportunity to fight in Canada?

I was able to get this fight through my Canadian promoter Lee Baxter of Lee Baxter Promotions.

Q. Your pro fights have taken place at welterweights, are you still fighting at that weight class?

Yes, I will stay at welterweight and although I won’t be defending WBC Asia Pacific welterweight title this time, maybe I will defend my title in next fight.

Q. Last time you fought in India was on the undercard of Vijender Singh and the fight was promoted by IOS promotions, are you still involved with them?

Yes, I am still with IOS Boxing Promotions. My fights in India will be managed by IOS promotions and the abroad fights will be taken care of by Lee Baxter Promotions.

Q. Where have you been training for your next fight?

I have been training in the Army Sports Institute in Pune, Maharashtra for last few years and for this fight also I have chosen that place.

Q. There is a scarcity of professional boxers in India, has that affected you in any way as there aren’t enough pro fighters to spar with?

No, although they are not professional level athlete, I spar with different boxers over twelve rounds and for every round, there will be a different fighter and all of them are National level boxers and are very good.

Q. You’re fighting on a card promoted by legendary heavyweight champion Evander Holyfield, what are your thoughts on that?

I feel really very good because Holyfield will be present for my fight, He is a good friend of mine but he has never seen me fight live, So this is the time to show the world how good Indian boxers are.

Q. You teamed up with your promoter Lee Baxter in May early this year, How confident are you about him being able to get you big title fights?

My promoter has good contact with world boxing and numerous other promoters in the US and Canada and also he is a very good person by nature and I trust him.

Although Neeraj will be fighting this Saturday, at the time this article was published it’s unclear about who his opponent is going to be and with him knowing absoluetly nothing about his opponent he is going into Lion’s den but he is confident about winning this fight.