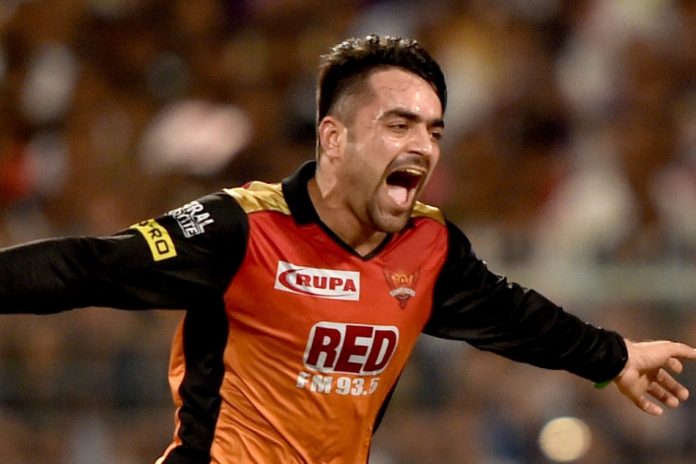 With bigger bats, shorter boundaries, and no pressure to occupy the crease, the T20 format once was considered the death knell for the spinners. However, in the deserts of the United Arab Emirates, the conditions and dry pitches are heavily in favour of spinners-who are fast becoming the game changers in the on-going Indian Premier League (IPL).

UAE pitches are generally on the slower side and many feel that the wickets will become even slower due to the hot and humid climate as the tournament wears on. Most of the sides in the IPL have quality spinners up their sleeve, and it will largely come down to who makes the most of the conditions to stifle the opposition batsman.

As years rolled by, the likes of Sunil Narine, Imran Tahir, Rashid Khan, Mohammad Nabi and Ravindra Jadeja have emerged as the saviours of spin in T20s. The likes of Rahul Tewatia and Washington Sundar are making amends with their impressive performances in the initial stages of IPL 13 so far. In a format most suited for slam, bang and wallop of batters, the spinners are sort of ruling the roost with equivalent significance.

While Yuzvendra Chahal, Kuldeep Yadav and Ravichandran Ashwin are the leading spinners in the national setup at the moment, Amit Mishra, Washington Sundar and Jayant Yadav have also represented India, and Tewatia has played domestic cricket with all of them at various stages.

Not many know that Amit Mishra is the second-highest wicket-taker in the history of IPL with only Lasith Malinga ahead of him. With 157 wickets from 147 games in an IPL career that is into its 13th unbroken year, the 37-year-old leggie from Delhi is the only bowler to claim three hat-tricks in the cash-rich league.

Spinners to the fore

In the first week, Royal Challengers Bangalore’s Yuzvendra Chahal bamboozled the Sunrisers Hyderabad batsmen with a mesmerising spell of 3/18 in the third match of this edition of the IPL. That was followed by an all-rounder display of Rajasthan Royals’ Rahul Tewatia, who kept Kings XI Punjab batsmen in check with his tidy spell. On Monday, in a match that saw 402 runs, 23 fours, and 26 sixes, Washington Sundar’s effort of 4-0-12-1 was a masterclass in effective spin bowling in the powerplay.

At the end of the thrilling Royal Challengers Bangalore vs Mumbai Indians IPL game that was decided in the super over, the talk was about Ishan Kishan’s missed hundred and the improvisational genius of AB de Villiers. However, one outstanding bowling effort escaped the attention of both fans and pundits. Sundar conceded no boundary, bowled 13 dot balls, and created unbearable pressure. In rare praise for Washington on social media, India coach Ravi Shastri tweeted: “The best performance in the IPL so far.”

On Tuesday night, in a low-scoring affair, apart from the law of averages, the work of a genius was also in full display when Rashid Khan came to the party in a tournament which has given him the superstar status across the cricketing globe.

Rashid not only conceded just 14 runs in his quota of four overs but also got the big wickets of Shikhar Dhawan and Shreyas Iyer at the beginning of his bowling spell and the dangerous-looking Rishabh Pant towards the end.

Spinners to play a key role

The Middle East is renowned for having slow and low tracks that offer turn and grip, and the pitches aren’t expected to be batting paradises. The teams, however, could not have anticipated these unforeseen venue changes during the auction, and many haven’t quite been able to shore up their spin resources.

Even the defending champions, the Mumbai Indians, have only two IPL-tested spinners at their disposal, and this could be a major disadvantage for them as they attempt to win back-to-back titles for the first time in their history. The likes of Rahul Chahar, who is a relatively inexperienced operator, will have to up his game in conditions suited for spinners.
For MS Dhoni and Chennai Super Kings, the absence of veteran spinner Harbhajan Singh has come as a double whammy. Not only Harbhajan provides the much-needed poise in the middle-overs, he also can be counted as a genuine wicket-taking threat.

In his absence, Piyush Chawla will have to fill in the big void and work in tandem with an automatic starter in Ravindra Jadeja.

In the past, Chawla was a vital cog for Kolkata Knight Riders (KKR) over the years, won two titles with the franchise, and was a part of many special moments including hitting the winning runs in the 2014 final. However, after six years at KKR, Chawla will find a new home in CSK and the spinner will aim to achieve many more milestones with his new team. Come the business end of the tournament, batters might fetch you big runs- but the road to glory in the desert will be shown by the spinners.

Virat Kohli struggles with the bat in IPL