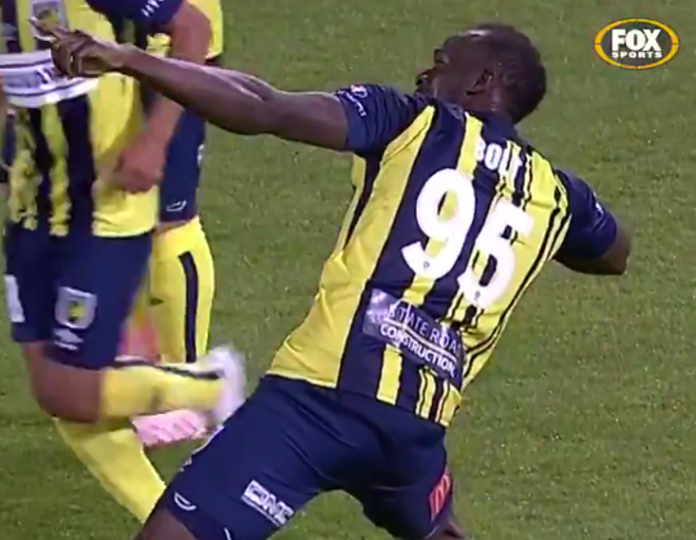 Friday evening witnesses Usain Bolt – The World’s fastest man , enter the footballing fray fittingly with two goals for Australian outfit Central Coast Mariners. This is his first appearance on the scoresheet in professional football. The Jamaican eight-time Olympic champion scored the Mariners’ third and fourth goals in a 4-0 win over Macarthur South West and celebrated with his trademark lightning bolt pose. 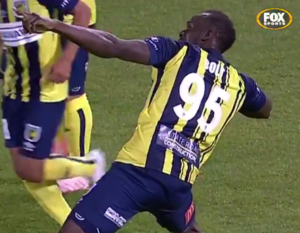 Currently , Bolt is on an “indefinite training period” with Australian first division side Central Coast Mariners. His time to prove himself on the football pitch is running out , given his age of 32, but the 100m and 200m sprint world record holder displayed immense determination to achieve yet another one of his dreams.

“My first start and scoring two goals, it’s a good feeling,” he added.

“I’m happy I could come here and show the world I’m improving. I’m keen to be a Mariner, to play my best and get into the team.”

Usain Bolt had trained in Norway with Stormgodset and in Germany with Borussia Dortmund prior to arriving in Australia and his “dream” of becoming a professional footballer could finally become a sweet reality.

The Australian A-League season begins on 19 October and the Mariners are yet to confirm whether Bolt will be offered a contract.