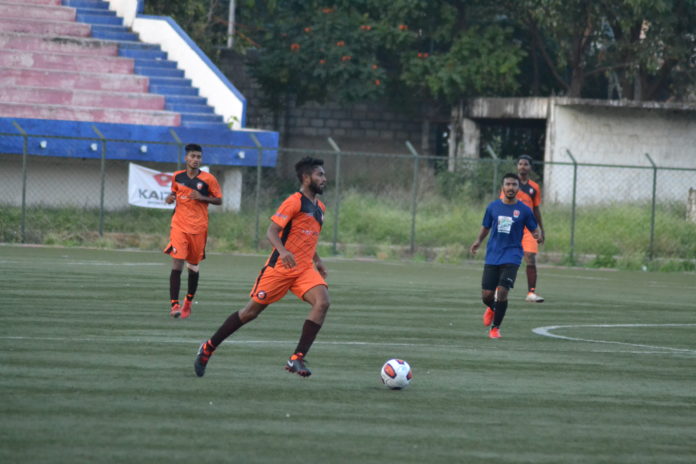 The game began with Bangalore Dream United FC pressing high up the pitch but as the game wore on, their press dropped lower, leaving only two men up top to make life uncomfortable for the SUFC defence.

As South United started to gain more possession, BDUFC found themselves back-pedalling towards their own goal. On one of the occasions where Bangalore Dream United FC tried to break, their attack was stopped early on and the ball landed at SUFC captain Magesh’s feet. The midfielder found Aaron’s run with a looping ball over the top and the striker lobbed the ball past the stranded keeper into the empty net. 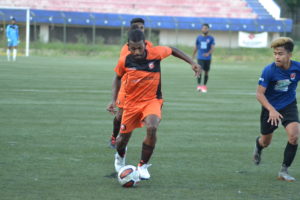 The tide turned quickly to favour Bangalore Dream United FC though as one of their attacks down the right-hand side found Rahul in the box, whose cross found his teammate inside the box and he made no mistake from close range to equalise.

They would score again in extra time of the first half as a ball over the top of the defence came towards SUFC’s custodian Jayanth who rushed out of the box to intercept, but his erroneous pass found the opposition attacker, Niyaz, who rolled the ball into the goal from a distance.

SUFC finished the half on top but had little to show for it as they went in trailing by 2 goals to 1, but they began the second half as they finished the first one – constantly on the front foot.

They looked for an avenue past the Bangalore Dream United FC wall in front of the penalty area but found few gaps. A few half chances later, Aaron burst into the box on the left and turned abruptly at the touchline to head towards goal when he was brought down. Jewel stood over the resulting penalty but could only hit the post despite beating the keeper.

Only a few minutes later, in the 68th minute, Nidhin put in a hopeful lobbed ball into the box which Aaron runs onto and loops past the keeper to find parity for SUFC.

The game opened up once the teams were tied at 2-2 and both teams threatened to score in the last 20 minutes, but neither defence would let up as the game ended in a stalemate.