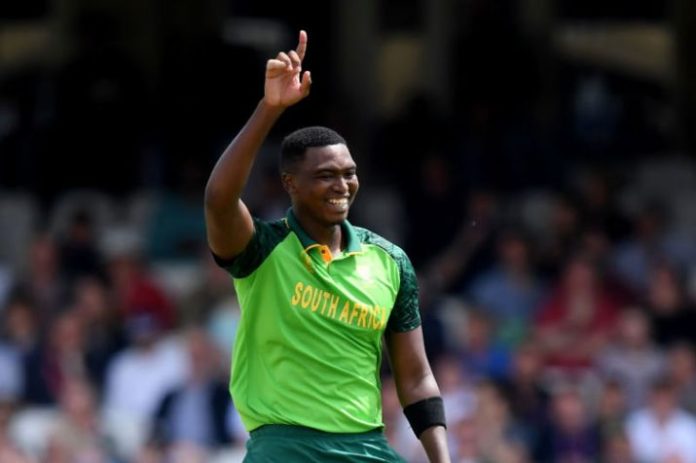 South Africa are two matches into the World Cup and there is no luck favouring them. After losing their first encounter to hosts England, South Africa suffered another defeat against Bangladesh on Sunday.

If this wasn’t enough for them, Lungi Ngidi has added to the list of injured South Africans. Dale Steyn has been down with an injury, and Hashim Amla too is nursing concussions after he took a blow on his head in the England match.

Ngidi suffered a left hamstring injury during the match against Bangladesh. This injury will keep the pacer on the sidelines for 10 days. As a result, Ngidi won’t be available for the India clash on Wednesday.

After the Bangladesh game, the team doctor said, “Ngidi suffered a sharp discomfort in his left hamstring. We decided he had a hamstring strain. He will be out for at least a week to ten days.”

“He will have a scan tomorrow and hopefully be ready for the West Indies game,” the doctor added while talking to the media persons.

Ngidi has had injury issues before, missing the IPL earlier this year, due to a side strain. Dale Steyn could be the ideal replacement for the injured pacer. However, if Steyn too needs to rest for one more game, South Africa will have to go in with all-rounder Chris Morris.

The Proteas camp has got one reason to celebrate among these worries though. Opener Hashim Amla seems to have recovered from the blow he took on the helmet. Amla might be back in the clash against India.

“The plan is to have him ready for the India game in Southampton. His initial reports on the concussion were inconclusive. The next test showed he could bat. However he felt some symptoms and was rested for the Bangladesh game,” Moosajee said.