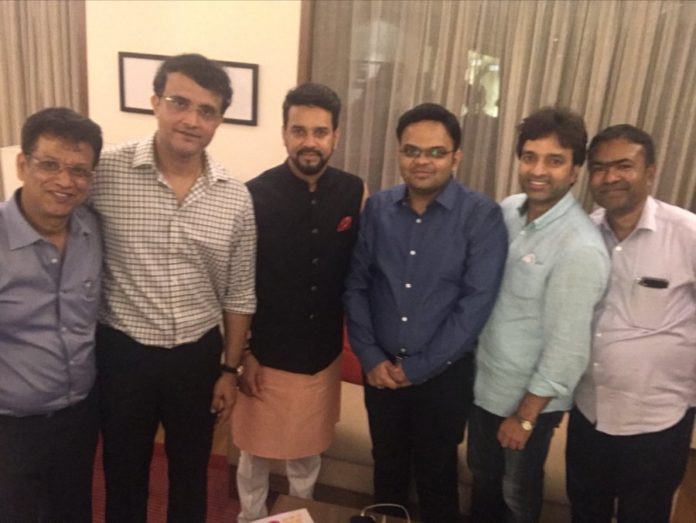 Sourav Ganguly is finally set to take over as the new BCCI president after three years of Committee of Administrators (CoA) rule. Last week, Ganguly was unanimously elected for the post along with Jay Shah as the secretary. Meanwhile, Mahim Verma of Uttarakhand has been selected as the new vice-president and Kerala’s Jayesh George, the new joint secretary. 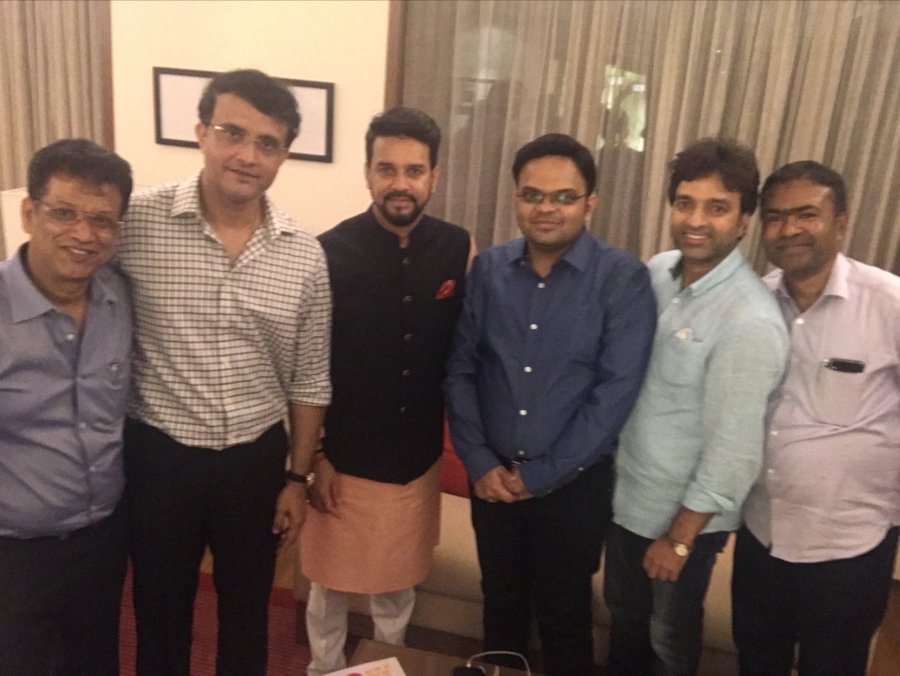 The new team at. @bcci .. hopefully we can work well .. anurag thakur thank you for seeing this through ⁦@ianuragthakur⁩ pic.twitter.com/xvZyiczcGq

After much turmoil in the Indian cricket scene, the Committee of Administrators (CoA) stepped in to clean house following the rumours about corruption within the board. Ganguly himself admitted that the last three years have been more like an ‘emergency situation’, where the cricketers and the state associations had very little role to play. The 47-year-old had previously served as the president of Cricket Association of Bengal, and his primary objective will be to put the first-class cricketing structure in place and ensuring that India regains its dominating stature in the corridors of International Cricket Council (ICC).

But ‘Dada’ will face a huge challenge in picking a new selection committee along with the Cricket Advisory Committee.

“Conflict is an issue whether you will actually get the best cricketers in the system. You are not too sure as they will have other options and if they come into this system and not get to do something which is their livelihood, then it gets difficult to be part of the system. It needs to be looked into,” Ganguly said.

The 39th president of the BCCI will also have to deal with another crucial issue, MS Dhoni! The veteran keeper is on a sabbatical since the world cup and with no clarity on his future, Ganguly is likely to meet the outgoing national selection panel on Thursday to discuss his future.

The ‘Prince of Calcutta’ has just 10 months in hand, before he goes into the mandatory cooling off period. Therefore, Ganguly has a lot to prove which is no less challenging than scoring a ton at Lord’s.