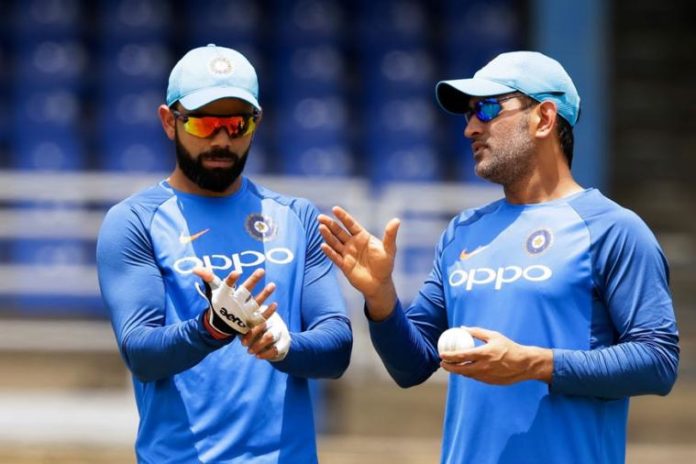 BCCI president Sourav Ganguly believes MS Dhoni has already communicated about his future plans with skipper Virat Kohli. One of India’s most finest captains ever, Dhoni, has reached the twilight of his decorated career. But after representing his beloved country for 15 consecutive years, ‘Captain Cool’ decided to take an indefinite sabbatical from cricket after the Cricket World Cup this year. As usual rumours and speculations about his retirement skyrocketed since he also refused to return; but president Ganguly is sure that Dhoni has already spoken with Kohli on his plans.

However, ever since his age caught up with him, critics have strongly disapproved Dhoni’s performance even before the Cricket World Cup in England this summer. The wicketkeeper came under heavy criticism for his poor strike rate and that he wasn’t contributing enough with the bat. But according to BCCI, experience matters the most and therefore Virat Kohli took the opportunity to extend Dhoni’s mentorship for a while.

Even the board president reckons that it will take years to find someone of Dhoni’s calibre. In his words, “You won’t get another MS Dhoni very, very soon, but what he does — whether he wants to play, whether he doesn’t want to play, is up to him.”

The 38-year-old, took the throne in 2007 and cemented his place as India’s new leader, winning the inaugural World T20 in South Africa that year. That victory and his composure instilled a faith in the team which would enjoy a sensational four years of international success, ultimately lifting the ODI World Cup at home four years later.

Game Of Boards: Is a Super Series between the top 4 cricketing nations a good idea?