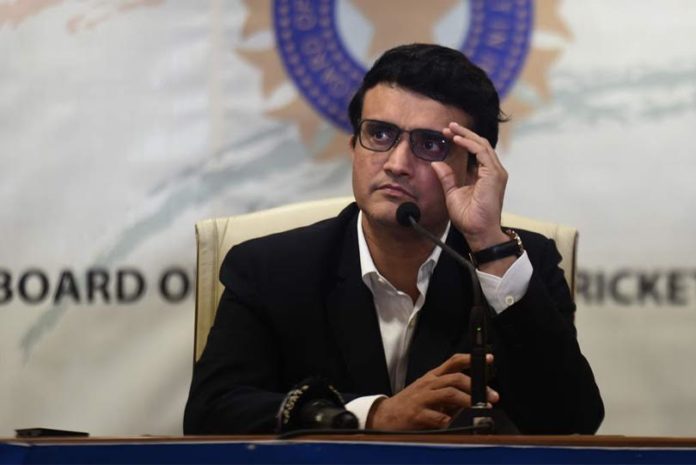 Sourav Ganguly’s journey to assume powers in Indian cricket has been nothing short of spectacular. However, there are murmurs within the corridors of the BCCI about the future of Ganguly as BCCI President.

According to the Board of Control for Cricket in India (BCCI)’s constitution, Sourav Ganguly- the President and Jay Shah-the Secretary are both past the date of the end of their respective tenures as board officials-just nine months after their appointment. Both of them assumed their respective offices after years of administrative vacuum at the BCCI, as the Supreme Court waited for all the BCCI members to fall in line and comply with Lodha panel recommendations okayed by the court.

Dada completes six years as an administrator by the end of July-which makes him eligible to a mandatory cooling-off period of three years as per the BCCI’s amended rulebook. Ganguly, however, will be able to serve as BCCI president only up to September 2020, as he is currently the president of Cricket Association of Bengal (CAB) and will have to go into a compulsory cooling-off period.

However, the loophole in the ruling is that it does not specify that office must be relinquished once six years as an administrator are served.

Sourav Ganguly assumed the post of Cricket Association of Bengal (CAB) President in 2015, following the demise of his mentor and Bengal strongman Jagmohan Dalmiya. And after serving the chair for three years, he took the reigns as BCCI President.

Should the Supreme Court approve the same, Ganguly and Shah will probably sleep easy till 2025! But what if this amendment is rejected?

The big question now is: Can Ganguly and Shah carry on as office bearers and in case they do without the courts’ nod-will that count as contempt of the court. Frequently crossed if a ridiculously short 10-month window would be enough for him to execute his vision, Ganguly had been quite cool about it – saying that this is all he has at his disposal and rules are well, rules. He took some valuable decision as the BCCI chief and pioneered the pink-ball Test in the country. But come 2021, will Ganguly still be in charge of the richest cricketing board in the world?

To counter the inevitable, the BCCI has filed a plea in the Apex Court twice in last six months, proposing several amendments to the existing constitution, which will enable the likes of Ganguly and Shah to continue their roles. The amendments include tweaking the cooling-off period of the board’s office-bearers, modifying the disqualification criteria, giving unprecedented powers to the BCCI secretary, and stopping the court from having any say if the board wants to alter the constitution.

If the Supreme Court holds its own as instructs the BCCI to stick to its rulebook, Ganguly and Shah will need to vacate their place. This in hindsight could work wonders for Ganguly as the ICC top job is up for the grabs. Ganguly is an ambitious bloke, and to dictate the terms in World Cricket will surely appeal his aspirations.

Moreover, Ganguly has found unnerving support from the greats of the game to do justice to the post. The likes of David Gower, Graeme Smith and Kumar Sangakkara have all voiced their backing for Ganguly to do justice to the post and cricketing fraternity.
Incidentally, the incumbent ICC President was an Indian as well, in Ganguly’s one-time adversary Shashank Manohar.

It is seen as Ganguly, 47, will have ample time left at his disposal to pursue the ICC hot seat in future after completing his tenure with the BCCI. Albeit, there is a big ‘if’ in his plans to serve the BCCI as it depends on the directive from the Supreme Court hearing.
Apart from Ganguly, the name of Colin Graves – the chairman of the England & Wales Cricket Board (ECB) is doing rounds for the ICC top post. If Dada is not in the picture, the election to the ICC chair is likely to become a completely different ballgame-just a formality to be precise.

To put it simply, the BCCI is seeking ‘independence’ from the Supreme Court, which has been in the picture in a big way since 2013.
As far as tenures of the president and secretary case is concerned, the court’s silence is a relief for those concerned about the immediate future of Ganguly and Shah in the board.

Why the BCCI is banking on TV ratings for IPL