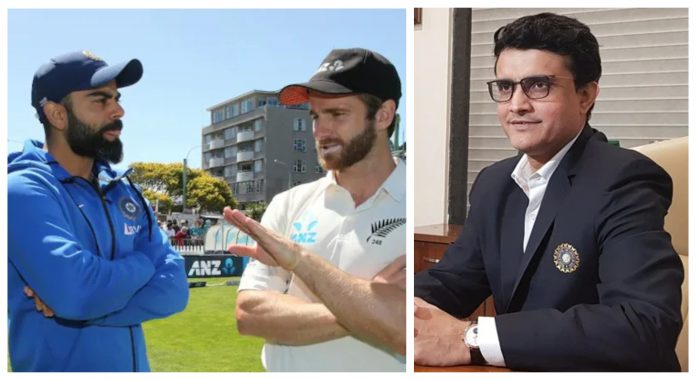 Sourav Ganguly, the Board of Control for Cricket in India(BCCI) has confirmed on Monday that Team India is set to play their inaugural World Test Championship final against New Zealand at Ageas Bowl Stadium, located in Southampton.

Sourav Ganguly reveals why the venue for the final was changed

The former Indian captain announced on Monday that the Men in Blue is set to square off against the Kiwis from June 18-22 in the final of the World Test Championship in Southampton.

Previously it was announced that the final was supposed to be held at the Lord’s but was changed to Southampton.

It was revealed that the stadium has a five-star facility inside it and it will make it easier for both the ICC and the England and Wales Cricket Board to create a bio-bubble for the two teams.

When PTI questioned about it, Ganguly said: “Yes, the final will be held at Ageas Bowl.”

India had qualified for the finals of the inaugural tournament after thrashing England in a 3-1 test series The BCCI president had been on a medical break after undergoing bypass surgery.

However, he spoke about his health as well and said that he would travel to UK to watch the final match. Southampton has a slow pitch and it will give an advantage to the Indian bowlers as it is evident from the performance they had put on against the English side.

He said: “I will go for the World Test Championship and hopefully we can get past New Zealand in the final. New Zealand will be there before us and they will play a couple of Test matches (against England).”

The former Indian skipper did not hold back himself from praising the Men in Blue for their outstanding performance both in away and home series against Australia and England. He spoke about the achievement of the players since IPL

He said: “Oh yes, specially after what players have gone through to be in those bubbles and play cricket day in and day out. It was remarkable. Right from IPL till now. What they have achieved is fantastic.”

He congratulated the likes of Ajinkya Rahane for his leadership in Australia and Virat Kohli in England. He also lauded the head coach, support staff and ‘everybody’. He mentioned about Rahul Dravid as well “who does a lot of work behind the scenes with these boys.”

It is to be seen whether it’s India who lifts the championship trophy of New Zealand when the match winds up in Southampton.