India became the only country to have six shuttlers in the top 30 of the BWF badminton rankings after Sourabh Verma reached a career-best ranking of world number 29 on Tuesday. 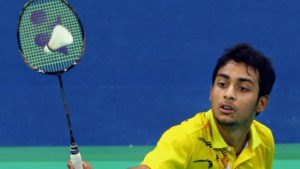 Verma jumped seven positions to be placed at 29th spot in the rankings. Among other shuttlers, Kidambi Srikanth and B Sai Praneeth remained at 12th and 11th position respectively.

This year saw Verma win two BWF Super 100 titles at Hyderabad and Vietnam and also win the Slovenia International series in May. He also came close to winning a Super 300 event after reaching the finals at Lucknow on Sunday.

In the women’s category, India’s P V Sindhu and Saina Nehwal saw no change in their rankings and remained at 6th and 10th positions respectively, following their decision to opt out of the Syed Modi International tournament.