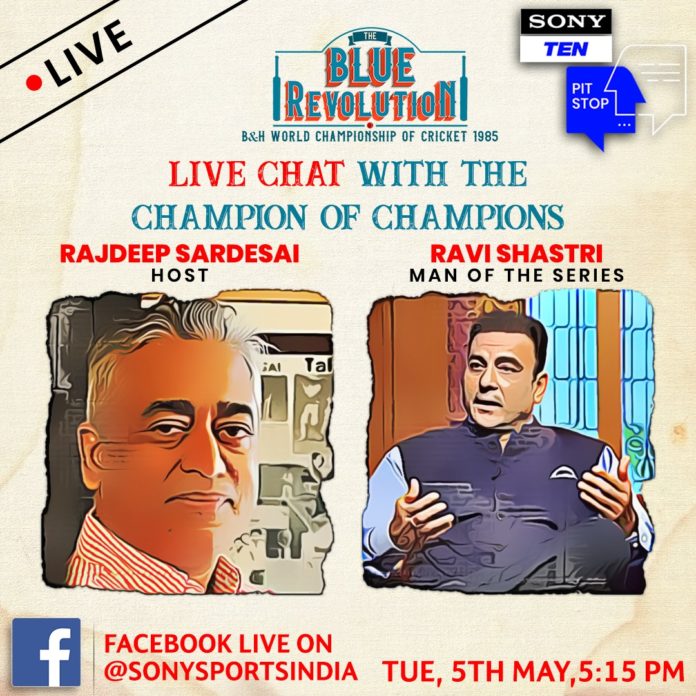 Sony Pictures Sports Network (SPSN) aims to galvanize the passion that millions of Indians have for cricket by showcasing the best moments from the historical tournament that had the Indian cricket team donning the blue jersey, in the series, ‘The Blue Revolution’. The 12-part series revisits India’s landmark victory in the 1985 B&H World Championship of Cricket which was the first major tournament India won in colored clothing and established its dominance in cricket across the globe.

SPSN deep dives into the historical archives to revisit the victorious campaign of the 1985 B&H World Championship of Cricket in ‘The Blue Revolution’ and will showcase how India marked its dominance in cricket, ultimately giving rise to the term ‘Men in Blue. Cricket fans will relive the action-packed iconic performances from the 1985 Indian team as they paved their way towards reaffirming their status as world champions after a string of disappointing results since the 1983 World Cup win in England. 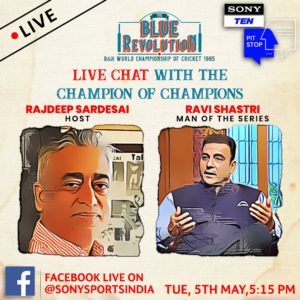 The series launches on 4th May 2020 and will be aired exclusively on SONY SIX and SONY SIX HD channels from 8:30 PM.

As a part of the build-up to the marquee episodes and matches, SPSN has organized a series of live interactive chat sessions with some of the Indian cricket legends and heroes of the unbeaten class of ’85 – Ravi Shastri, Roger Binny, Madan Lal and Laxman Sivaramakrishnan. The sessions will be hosted by Rajdeep Sardesai and Joy Bhattacharya, and sports enthusiasts can watch them in conversation LIVE at @SonySportsIndia, the official Facebook page of Sony Pictures Sports Network.

The World Championship of Cricket was a ‘mini’ World Cup played between seven teams: India, Australia, England, Pakistan, New Zealand, Sri Lanka and West Indies. Before touching down in Australia in 1985, the Indian team had lost three series on the bounce and were one of the least favorites to win the tournament, even after the heroic 1983 World Cup finals win over West Indies. Led by the astute Sunil Gavaskar, the Indian team donned the Blue Jersey for the first time and went on to beat all teams in the series and eventually winning the finals against archrivals Pakistan. Since then, only one color has been associated with the Indian cricket team and this built the foundation for the ‘The Blue Revolution’.

Watch the BLUE REVOLUTION starting from 4th May 2020 at 8:30 PM exclusively on SONY SIX and SONY SIX HD channels