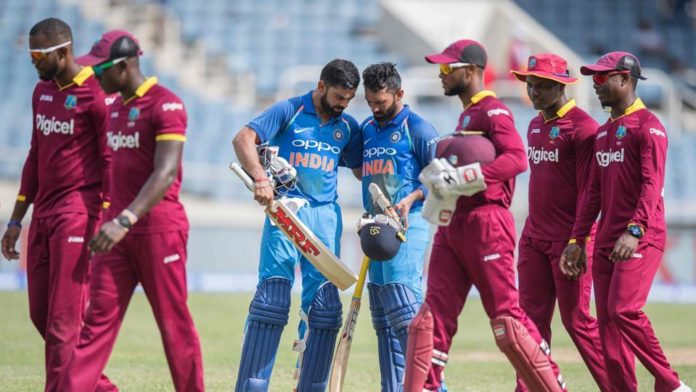 Sony Pictures Sports Network (SPSN) launches its campaign, #MoreCricket, for the upcoming high-octane cricket series, India tour of West Indies and The Ashes. With over 275 days of live cricket this financial year, the sports network will serve fans ‘more cricket’ on SONY SIX, SONY TEN 1 and SONY TEN 3 channels. In their first appearance after the Cricket World Cup, India will take on West Indies in the Caribbean islands and USA from August 3 to September 3, 2019 and the historic rivalry between England and Australia will be revived for The Ashes from August 1 to September 16, 2019.

The campaign, #MoreCricket captures the story of every Indian cricket fan, who loves to watch India cricket but is also no stranger to The Ashes. Four great teams are going to play in two rocking series and make the monsoons even more exciting for audiences across the country. The 40-second on-air promo showcases a cricket fan bored with the channels assigned in his pack. The cricket fan in him gets excited when he learns about the two upcoming smashing cricket series on Sony Pictures Sports Network. The film derives a similarity between a cricket fan and a peacock as both are going to be massively excited this monsoon. The campaign will have television, radio, print, digital and social media rollout.

India’s tour of West Indies & The 2019 Ashes – This monsoon only of the Sony Pictures Sports Network: https://youtu.be/fW9DdJ2piGA

India tour of West Indies, comprising 3 T20Is, 3 ODIs and 2 Tests, will be played across five scenic venues in Florida, USA and in West Indies from August 3 to September 3, 2019. The 60-second on-air film, featuring Mahesh Manjrekar, takes on an amusing approach embodying every Indians undying love for cricket. Expectations will be high from the Indian team, but the prowess of the hosts’ is not to be underestimated. The Men from the Caribbean have shown many flashes of brilliance which they will use to halt the Indian juggernaut. With fast bowling and furious batting from both teams, the India tour of West Indies is going to be an unmissable series for viewers.

The 2019 Ashes series will be played in England from August 1 to September 16, 2019 at iconic venues like Lord’s, The Oval, Old Trafford, Edgbaston and Headingley. Narrated by actor Vijay Raaz, the 55-second promo film for The Ashes highlights the long and intense history of the rivalry between England and Australia. Australia are the defending Urn holders as they drubbed the English side 4-0 in 2017-18 series. The intensity of the rivalry makes all the players come in with their strongest performances as The Ashes is considered as one of the most important titles in their careers. With the crest and troughs in their current form, none of the teams are a clear winner but the advantage is with the English as they take on the mighty Australians. While the Aussies have not won an Ashes away series since 2001, with the return of Steve Smith and David Warner, the team from down under is a formidable one.

The Ashes 2019 – The Platinum Standard of Test Cricket: https://youtu.be/vmwX3HyegJc

“Our campaign, #MoreCricket captures the sentiments of every Indian this monsoon. India has an insatiable appetite for cricket and starting August this year, our viewers can catch the top teams and players in the world in two of the most exciting cricket series on Sony Pictures Sports Network. With over 275 days of live cricket on our network this financial year, we will deliver on our commitment to showcase the best of cricket from around the world starting with the exciting India tour of West Indies and the hard-fought Ashes. This will be followed by multiple series hosted by Cricket Australia, Sri Lanka Cricket, Pakistan Cricket Board and Cricket South Africa which includes amongst others the New Zealand tour of Australia, England tour of South Africa and Australia tour of South Africa.”

The stakes for all the teams in the highly anticipated series are upped as both are a part of the inaugural edition of the ICC World Test Championship. Fans can catch #MoreCricket live and exclusive on SONY SIX, SONY TEN 1 and SONY TEN 3 channels August 1, 2019 onwards.