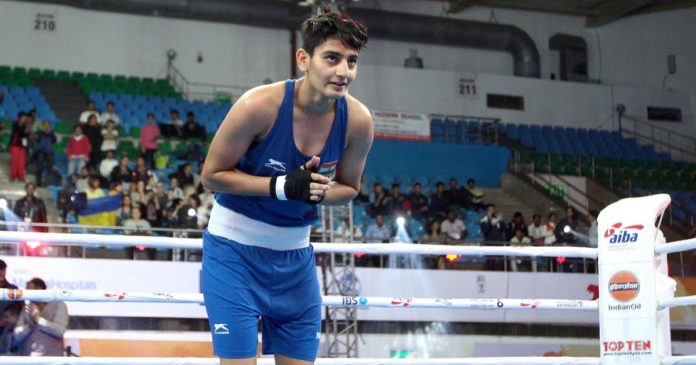 Sonia Chahal settled for a silver medal in her maiden entourage in the World Boxing Championships as she succumbed to Germany’s Ornella Gabriele Wahner in the finals of the 57kg category at the KD Jadhav Indoor Hall on Saturday. Earlier in the day, Mary Kom scripted history as she became the first woman to win six World Championships gold medals.

The German showed no mercy in the first round as she overpowered her in every department and landed a lot of thunderous punches. The second round, too, had a similar story with Sonia struggling to find her cadence. Wahner gave her no breathing space and a miracle was required for the 21-year-old to win the bout.

However, Wahner dominated the proceedings in the third round as well and any chance of a medal for Sonia Chahal was dashed. The judges awarded the victory to the German 4-1 via unanimous decision as Sonia Chahal failed to emulate Mary Kom.

Sonia’s loss draws the curtain for the Indian contingent, who finished off the biennial extravaganza with a gold, a silver, and two bronze medals. In the 2016 edition of the event, India could bag only a silver medal despite high expectations. The home advantage, in this year’s competition, boosted the confidence of the Indians which led to their better overall performance.