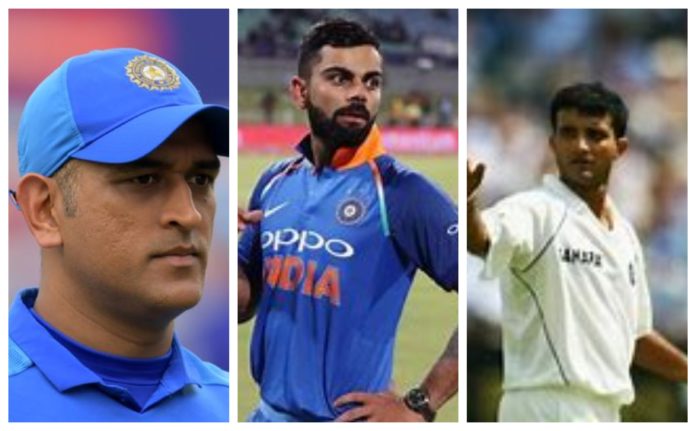 Since the turn of the millennium, India’s leadership entities have seen a spiked surge. Rising from the ashes like a Phoenix was Sourav Ganguly who rescued the team from blemishes following the controversy surrounding Mohammad Azharuddin. While the Prince of Bengal resembled the creator. His successors MS Dhoni and Virat Kohli lived up to the tag of preserver and destroyer respectively. Despite the trio achieving success in their own niche, let’s break down their reigns to crown India’s best modern era captain. 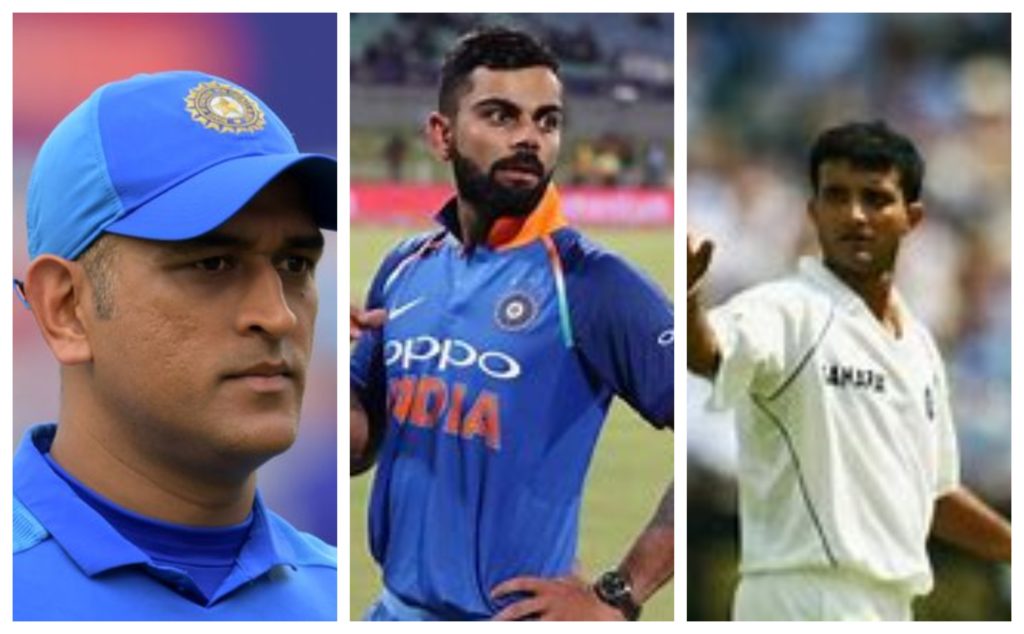 The first of his kind to incorporate and introduce rush of blood into the side, Ganguly took India from an embarrassing low to a team instilled with a desire to win along with a bright future as well.

His brand of aggression helped the world take notice of India as a team rather than a side with a handful of prodigies. Ganguly infused young blood into the side to brand the side as an interesting blend of youth and experience.

The former skipper’s highest point would arguably be India’s sensational run in the 2003 World Cup in South Africa. The young side superseded all expectations to reach the final of the event only to be bettered by the eventual champions Australia. Along with that, Ganguly’s captaincy helped India win their maiden Champions Trophy crown, the iconic Natwest Trophy and also several significant overseas tours, something which India massively struggled over the years in the last century.

Last but not least came Ganguly’s most important contribution. The former skipper was instrumental in the call-ups of talents such as Harbhajan Singh, Yuvraj Singh, Virender Sehwag, and even MS Dhoni.

Ganguly’s time as the captain of the country was marred with his altercations with Greg Chappel following which he was never able to stake his claim which led to the inevitable end to his career.

Captain Cool came into the picture from absolutely nowhere. With the emergence of the T20 format, MS Dhoni was elected to lead the senior devoid squad keeping the inaugural T20 World Cup in mind. Less did the board know that they had struck a gold mine as Dhoni returned home with the trophy.

India were used to seeing a spark in the field with Ganguly in command, the spark soon changed to calm with Mahi steering the ship. Having won the T20 World Cup, it was a no-brainer to hand the wicket-keeper batsman the captaincy duties in the format. With Anil Kumble retiring and Ganguly’s flame running out, the eyes turned over to Captain Cool to take over the reins.

The master glovesman took the throne in some style and transformed India to the pinnacle with the immense talent at his disposal. Dhoni rose to prominence by leading India to all of the three major ICC tournaments. The shrewd tactician brought the best out of players and was responsible for the growth of plenty of players as well.

Dhoni’s ability to read the game and decision making were some of the traits which helped the man behind the stumps rise to fame.

With the highs, come the lows as well, consecutive whitewashes overseas to Australia and England pushed Dhoni into the scanner and came under scrutiny as well.

The current Indian skipper has carried on the work done by his predecessors by taking it to a whole new level of dominance. Kohli, with the help of a plethora of talent, has translated the team to be a one to be reckoned with, hence the name destroyer.

Having taken over the test captaincy duties 6 years ago itself, Kohli was the automatic choice to lead the side after MS Dhoni elected to step down from the limited-overs format.

Kohli’s introduction to the captaincy began with a bold choice of chasing down a mammoth total in Adelaide. Despite failing to do so, the newly elected skipper emerged as the winner in the eyes of the country.

Setting a standard in fielding along with mutating the Indian bowling attack are two of his accolades off the field. While stile waiting for a maiden ICC crown, Kohli managed to reach the finals and semi-finals of the ICC Champions Trophy and ICC Cricket World Cup.

While we remain indebted to Sourav Ganguly for the work during his tenure and remain hopeful of Virat Kohli to continue his good work, MS Dhoni’s captaincy hit right where it needed to be hit. The results brought trophies, something which Ganguly could not do so as frequently as the Captain Cool. Time still remains a factor in Kohli’s side with a T20 World Cup coming up worth mentioning. Like Kohli always says “MS Dhoni will always remain my captain”, we too are obliged to say that MS Dhoni was India’s best modern-day captain.