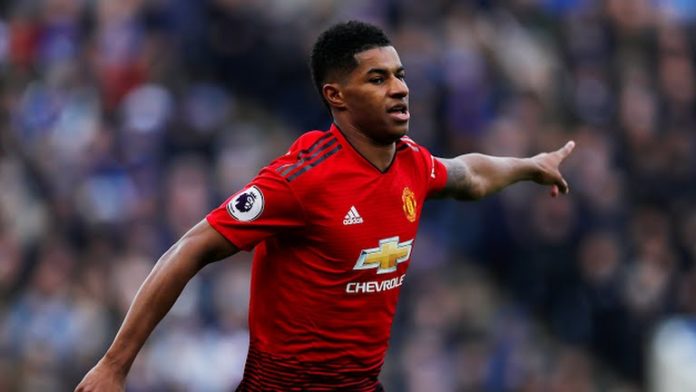 It is nine wins from ten games for Solskjaer at this point and while their performance was not like the vigorous ones that they had in the past few outings, Rashford’s goal has lifted United closer towards the top four.

Manchester City, Liverpool and Chelsea stumbled against Claude Puel’s unpredictable Leicester side in recent weeks and United had to withstand a second-half of constant pressure to maintain their manager’s outstanding record.

Manchester United have now won five consecutive away games in all competitions for the first time since October 2012, when Sir Alex Ferguson was in charge for his final season.

With Rashford and Paul Pogba revitalised since the departure of Mourinho, and David De Gea continuing his heroics with a brilliant second-half save from Leicester substitute Rachid Ghezzal, things look promising.

It was perhaps fitting that Rashford claimed the only goal, on his 100th Premier League appearance.  At 21 years and 95 days old, he is the youngest player to secure that landmark for United since Ryan Giggs in December 1993.

Manchester United will hope to keep their undefeated streak alive when they take on a relatively easier side of Fulham this Saturday and then they will face their biggest challenge in the form of Paris Saint-Germain on Wednesday’s Round of 16 Champions League game.

The 3 managers in line to take over Real Madrid throne...

Dani Alves might be on his way to Barcelona