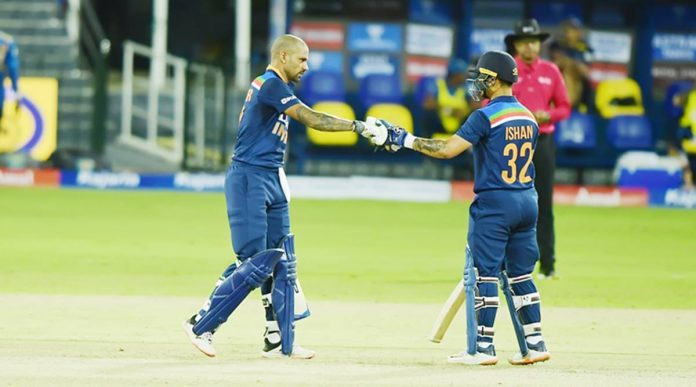 The limited-overs series between India and Sri Lanka finally took off at the R Premadasa Stadium in Colombo. The formidable Indian unit infused with youth were a notch above their Sri Lankan counterparts. Shikhar Dhawan and Rahul Dravid tasted victories in their maiden leadership assignments. 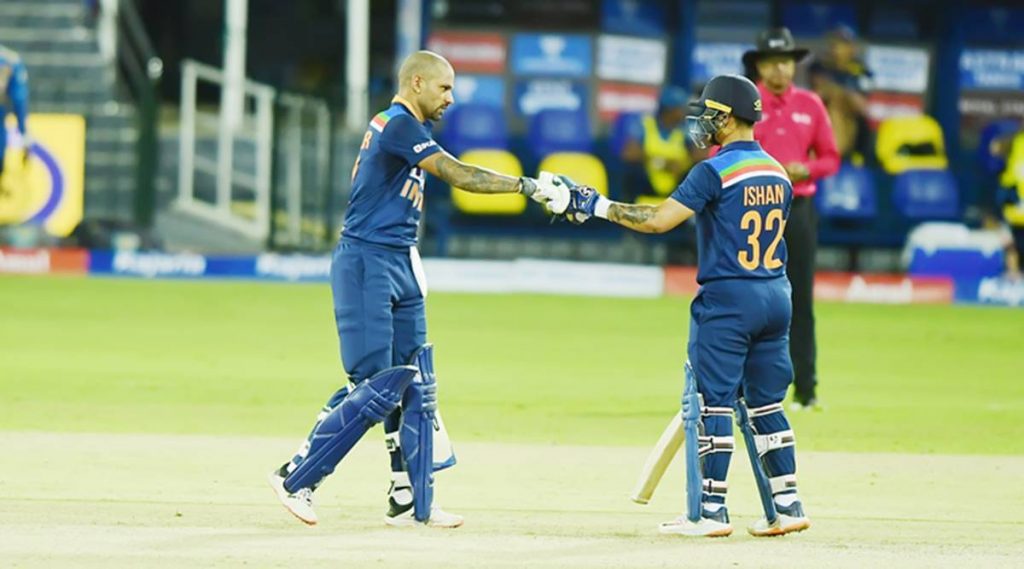 Sri Lanka opted to bat first after winning the toss. Leading the Lankans for the first time, Dasun Shanaka introduced a debut in the team. Bhanuka Rajapaksa was handed his debut cap for his fixture.

For India, Dhawan announced two debutants in the playing eleven. After making their T20 debut together against England, the duo of Ishan Kishan and Suryakumar Yadav were given their ODI caps together as well.

The hosts got off to a steady start with a little swing on offer for the bowlers. The openers survived the initial eight overs burst by Bhuvneshwar Kumar and Deepak Chahar.

India were able to make the breakthrough with their bowling change. Yuzvendra Chahal struck in his very first ball to remove Avishka Fernando. The opener was looking in good touch during his knock of 33.

It was spin that knocked on the door once again. This time, it was the other half of the wrist spin duo, Kuldeep Yadav. The left-arm chinaman dismissed the debutant Rajapaksa, who had got himself a fluid start.

Spin continued to make a statement with two more wickets in quick succession, Krunal Pandya also entered the spotlight with the wicket of Dhananjaya de Silva and an impeccable economy.

The hosts were on the brink of crumbling down, but a late surge in the death overs by Chamika Karunaratne took them to a respectable total of 262-9. This marked the 9th highest score in ODI history without a fifty being scored.

Team India, in reply, got off to a wild start. The Delhi Capitals opening pair of Shikhar Dhawan and Prithvi Shaw assumed control from the first over itself. The skipper played the role of the anchor while Shaw went all guns blazing.

Lankan bowlers were helpless with the young batsman dispatching even the good deliveries for a boundary. He missed out on a fifty by seven runs, but managed to have his say in the 24-ball stay.

Ishan Kishan started his ODI career in stunning fashion. He smashed a ball in the arc straight down the ground for a six. He followed that up with a boundary next ball.

Team India were in cruise mode as the partnership for the second wicket kept growing. Kishan became the first Indian player to register a half-century in his T20 and ODI debuts.

The wicket-keeper batsman failed to convert it into a big score. Sandakan pouched the wicket and was rewarded for some smart bowling.

Manish Pandey and Shikhar Dhawan knocked around comfortably with the required rate well under check. The Indian skipper got to his half-century in the process.

Pandey’s departure following a soft signal brought in the second Indian debutant. Suryakumar Yadav stitched a little cameo while Dhawan remained unbeaten on 86 to cap off the chase and seal the win.