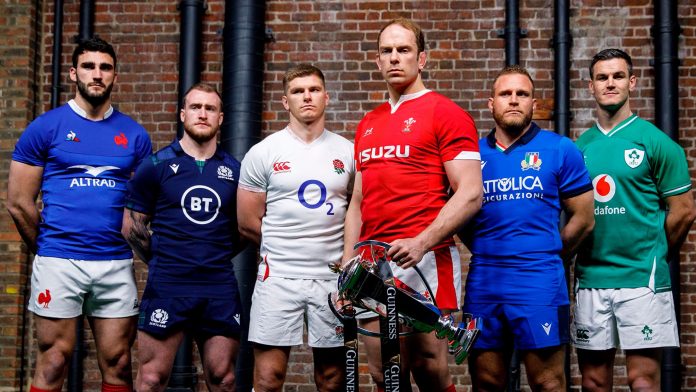 What an opening weekend to this year’s Six Nations! Few would have predicted that Ireland and England would fall foul of Wales and Scotland, yet here we are wondering if Gregor Townsend’s Scots can challenge for the title or if Wayne Pivac has finally found a winning formula after 12 months as Wales’ head coach.

However, despite their winning starts, neither of their outright winners odds have changed much, reflecting the doubts that are still cast over their true title ambitions, whilst France, who breezed past Italy in Rome with an empathic 50-10 bonus-point victory, have stolen the favourite status from England with this online betting company. 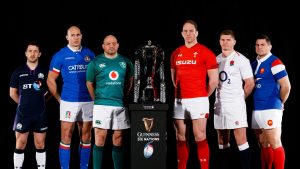 So, as we gear up for another weekend of action, which features France vs Ireland, Scotland vs Wales and England vs Italy, read on as we take a look at some of the standout players from gameweek one.

Stuart Hogg didn’t have the best of tournaments last year, but should he carry on for the remainder of the campaign in the form he showed against England at Twickenham last weekend, then he’s set to be one of the standout performers on the whole. The Scottish captain had an excellent game at full-back, skipping his way past English defenders galore. His long-range kicking was on point, whilst he also made more ground than any other player (112m). It was a truly inspired display and Warren Gatland may even look to him to captain the British and Irish Lions in South Africa should his stock continue to rise.

Fly-half Finn Russell racked up over half of Scotland’s points as they ran out 11-6 winners at Twickenham for the first time in 38 years. Two penalties accounted for six points, but it could have been more had Russell converted from Duhan Van de Merwe’s try, which he set up with an inch perfect cross-field kick. It wasn’t the perfect performance, however, as the number 10 was a shown a yellow card for stupidly tripping up Ben Youngs. But, given his all-round display, he still deserves to make the list.

It was a Six Nations debut to remember for young Louis Rees-Zammit. The Gloucester winger shone for the Welsh as they scrapped past Ireland despite having a man advantage as Peter O’Mahony was dismissed after 13 minutes. Rees-Zammit scored Wales’ second try as they turned the game on its head in the second half to win 21-16. Tadhg Furlong tried his best to stop the 20-year-old. However, the winger did well to ground the ball with his outstretched arm whilst riding the tackle from the Irishman.

Leigh Halfpenny, Wyn Jones and George North deserve credit for Wales’ win as well, but let’s talk about their captain Alun Wyn Jones. It was the 35-year-old’s first game in two months having returned from a knee injury, but he didn’t show a glimpse of any rust. The second-row made a whopping 25 tackles throughout the game against Ireland, including three huge hits within minutes, and that combined with his leadership on the field was enough to land him a place in our top performers.

It’s hard to pick a standout performer in the France side which thrashed Italy 50-10, but it’s difficult to look beyond Antoine Dupont. It was a masterclass from the young scrum-half who burst onto the scene at 2019’s tournament before having another good campaign last year. There are early signs that he will be just as important for Les Bleus this year as well. His tasty chip set up Gaël Fickou’s try in the 26th minute, whilst his elusive over-the-shoulder pass to Gabin Villière set up another score just minutes later. Dupont even got in on the act himself, scoring a try of his own in the second half before assisting Teddy Thomas.