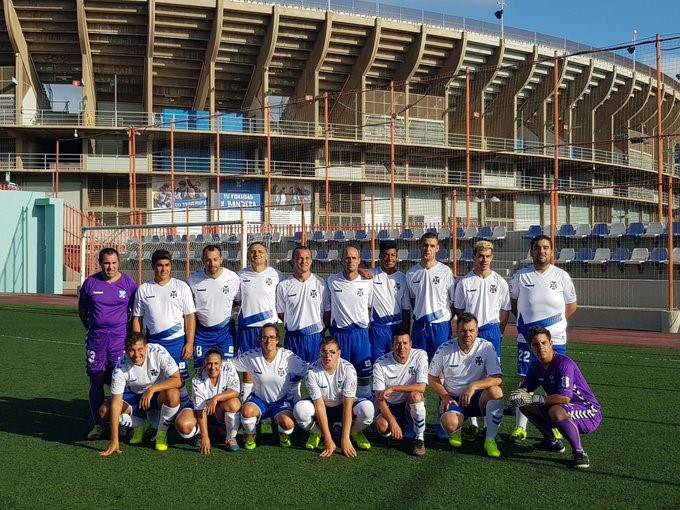 The league for players with intellectual disabilities has doubled the number of participating clubs in two years. Real Betis, Cádiz CF, CD Tenerife, Elche CF, Granada CF and Getafe CF are the latest to sign up for the competition.. 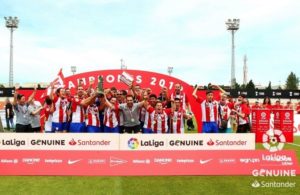 As it enters its third season, LaLiga Genuine Santander has already become a major part of Spanish football. LaLiga’s competition for players with intellectual disabilities started in the 2017/18 season with 18 teams and that number has now doubled, with 36 participating clubs registered for 2019/20 following the arrival of Real Betis, Cádiz CF, CD Tenerife, Elche CF, Granada CF and Getafe CF. 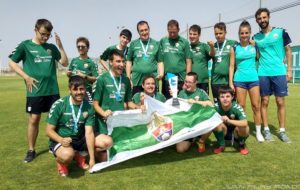 This progress is a sign of clubs not only embracing a new and exciting tournament, but showing their commitment to inclusivity. The six new competition entrants explained why they signed up and why access to football should be available for everyone. 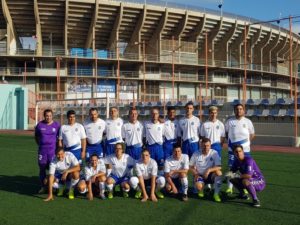 “The best football league in our country”

There has been a clear desire at the clubs embarking on their maiden LaLiga Genuine Santander seasons to get behind their teams and to send them off to the first matchday in style. As such, each club has made considerable efforts to promote their sides through a wide variety of channels, welcoming them into Spain’s fastest-growing football family.

At Real Betis, the Andalusian club presented its LaLiga Genuine Santander team to fans at the Estadio Benito Villamarín at the LaLiga Santander match against Getafe CF on September 15th. “Putting this project into action will allow the players in the LaLiga Genuine Santander team to demonstrate the values of the club such as humility, hard work, respect and self-improvement,” explained Rafael Muela, projects director at the club’s charitable foundation.

At Cádiz CF, a lot of buzz was created when the Andalusian side announced its plans to enter the competition via its website and social media channels. “We have been clear about the need to give back to society part of what it has given to us,” Cádiz CF communications director José Grima stated. “Social support has become one of our priorities and we’ve made more than 50 agreements in this area over past year,” he added.

For Granada CF, there is pride at the international impact that the club’s participation in the league could have. “Granada CF’s entry into LaLiga Genuine Santander will bring visibility to the club at a regional, national and international level, thanks to the influence and reach our club has in the Asian market,” Encarnación Giménez, the director of club projects, pointed out.

At CD Tenerife, the new team started training in August and has already played several friendly matches to prepare in the best way possible. “This is one of our most important initiatives and we’re participating, collaborating and organising social responsibility actions with groups around the island, from not-for-profit organisations to youth centres to neighbourhood associations to older people’s groups,” Antonio Cano, the club’s social area coordinator, revealed.

Elche CF immediately brought its new team into club marketing efforts, integrating its LaLiga Genuine Santander team into the club’s kit launch for the 2019/20 season. “We decided to take the step forward this season because our colours should be present in what is, without any doubt, the best football league in our country,” stated the club’s director general Patricia Rodríguez.

At Getafe CF, the club’s LaLiga Genuine Santander team has already featured in a tournament after playing against their counterparts from Atlético Madrid, CD Leganés and Rayo Vallecano in a capital city competition held in September. “If I were to describe Getafe CF in two words, I’d say happiness and motivation,” said Diego García, the director general of the club’s charitable foundation. “We stand for sportsmanship and team spirit, but also self-improvement, hard work, respect, friendship and the idea of putting collective success above individual gain.”

It’s not only the new entrants that have been busy promoting their teams ahead of the 2019/20 season. Clubs that have been involved in the first two seasons have been continuing the momentum built since 2017/18 through many different creative initiatives.

SD Huesca, for example, has agreed a deal for local disability groups to design the promotional posters for its LaLiga SmartBank team. Celta Vigo’s LaLiga Genuine Santander team was applauded for its winning 2018/19 season by fans at half time of the top division clash with Granada CF, while Deportivo Alavés’ team was presented in one of the town’s main squares. Málaga CF, meanwhile has more than tripled its number of participating players, growing from 20 to 62 in advance of the new season.

The LaLiga Genuine Santander matches are spread over six weekends of action in six different locations, including some new venues for the upcoming campaign.

The season begins over the weekend of November 15th, 16th and 17th at the Complejo Deportivo de Fútbol de Salou, with Gimnàstic de Tarragona hosting.

The Catalan club played a key role in launching LaLiga Genuine Santander and has been a proud member since its inception.

The sixth and final weekend will take place in Bilbao, another new venue, on the weekend of May 29th, 30th and 31st. Athletic Club’s historic Lezama training ground will be the setting as the 2019/20 season comes to a close. Having been involved from the start, Athletic Club is already a historic part of LaLiga Genuine Santander and has the honours to back that up, having won the Fair Play Trophy in each of the first two editions.

The Bilbao-based club has even created the first official fangroup that is specifically dedicated to its LaLiga Genuine Santander team. Meanwhile the club’s squad has grown from 32 to 38 players, including five women.