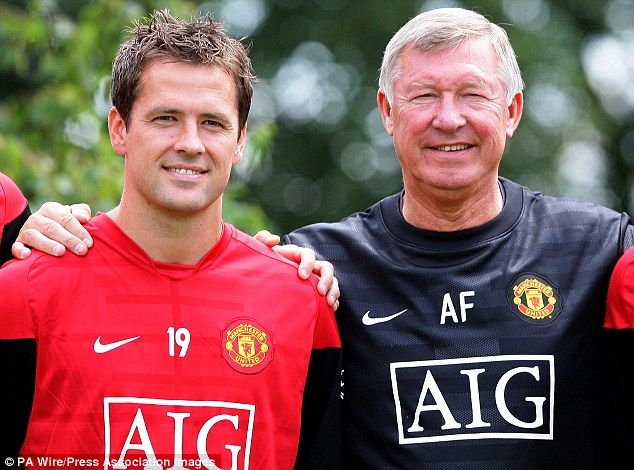 Michael Owen was one of the finest English strikers of the modern era. The story of Owen and Manchester United is like an riveting love story. Their first attempt at courtship was perhaps too early and the final attempt perhaps too late but all in all , it was beautiful.

Owen writes in Reboot – My Life, My Time: ‘Then it was Manchester United – who had sent [assistant manager] Brian Kidd several times over the preceding years to watch me.

‘We went to Old Trafford and Alex Ferguson took me into his office, stared into my face from a distance of about one inch and said: “Do you want to be a Manchester United player?”

‘It was all so intense – and I didn’t know what to say. All I know is that this kind of attention just didn’t happen to every young player.

‘Without meaning to sound arrogant, I doubt there was a young footballer in the world in such high demand at the time.’

But it was only 16 years later that Fergie got Owen and Owen got Manchester United.

‘Obviously I knew him given our shared interest and connections in horse racing, so we probably spent more time talking about racing than football in that first meeting,’ Owen recalls.

‘Strangely, I don’t think he ever directly said that he wanted to sign me. It was just assumed on both sides. I left knowing that I was probably about to become a Manchester United player.’

United were only willing to pay Owen, a free signing, £20,000 a week but the striker admits: ‘I’d probably have signed for five grand a week!’