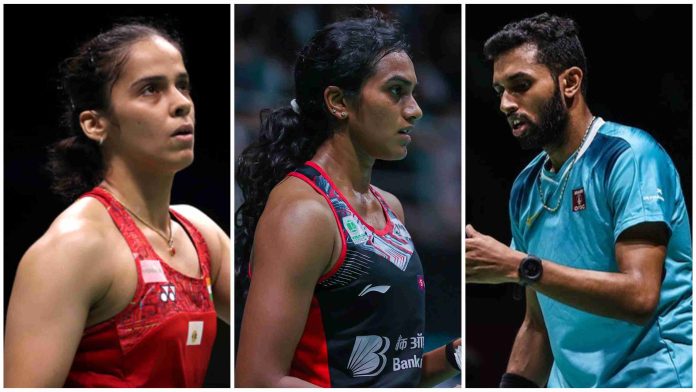 Indian shuttling superstars Saina Nehwal, PV Sindhu, HS Prannoy made a smooth start to their respective campaign at the ongoing Singapore Open Super 500 tournament after winning their first round clashes on Wednesday.

Saina, who won the 2010 edition of Singapore Open, took on her compatriot Malvika Bansod, against whom the veteran player suffered a loss at the the India Open. This time, Saina bounced back strong and got the better of Bansod with a 21-18, 21-14 scoreline in just 34 minutes. Her second round clash will be against China’s He Bing Jao.

Sindhu, seeded third, had an easy outing against world no 36 Lianne Tan, defeating the Belgian 21-15, 21-11 to secure her entry into the second round. The two time Olympic medallist will now face Thuy Lin Nguyen of Vietnam up next.

In the men’s counterpart, HS Prannoy made easy work of Thai shuttler Sitthikom Thammasin, taking 35 minutes to pick up a 21-13, 21-16 to advance into the next round, where he will take on world no 4 Chou Tien-chen of Taiwan.

Former world no 1 Kidambi Srikanth, unfortunately, met a premature conclusion to his campaign after going down against compatriot Mithun Manjunath. Pulling off a shocker victory, Mithun defeated Srikanth 17-21, 21-15, 18-21 to seal his second round berth, where he will meet Vietnam-born Irish player Nhat Nguyen. Parupalli Kashyap also bowed out of the tournament after losing to Indonesia’s Jonatan Christie, who defeated the Indian shuttler 21-14, 21-15 straight set win.