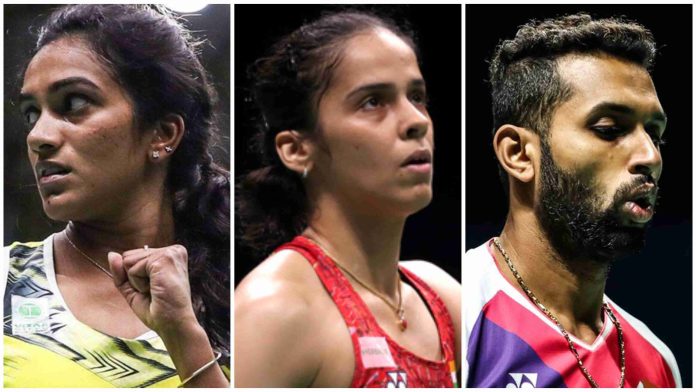 Indian shuttling superstar PV Sindhu produced once again a spectacular performance in an adrenaline rushing contest against her rival Han Yue, ultimately defeating the Chinese to secure her entry into the last four stage at Singapore Open Super 500 tournament on Friday.

The first game was harsh for Sindhu as Han was surgically precise in her game and took the lead. However, the two time Olympic medallist bounced back and made it even in the second, before magaging to edge out with a close victory in a 62 minute thriller, with a 17-21, 21-11, 21-19 scoreline.

With the victory, Sindhu now has a perfect 3-0 head to head record against Han and marked her first semifinal berth since the Thailand Open in May. Her next challenge will be Saena Kawakami, the world no 38 Japanese who pulled off a shocker in her quarterfinal match against sixth-seeded Pornpawee Chochuwong.

On the other hand, Saina Nehwal and HS Prannoy had their campaigns coming to an end. Saina went down against Japan’s Aya Ohori 13-21, 21-15, 20-22 in her quarterfinal outing spanning over an hour. Prannoy, meanwhile, lost to Kodai Naraoka, the Japanese who defeated the Thomas Cup winner 12-21, 21-14, 21-18.