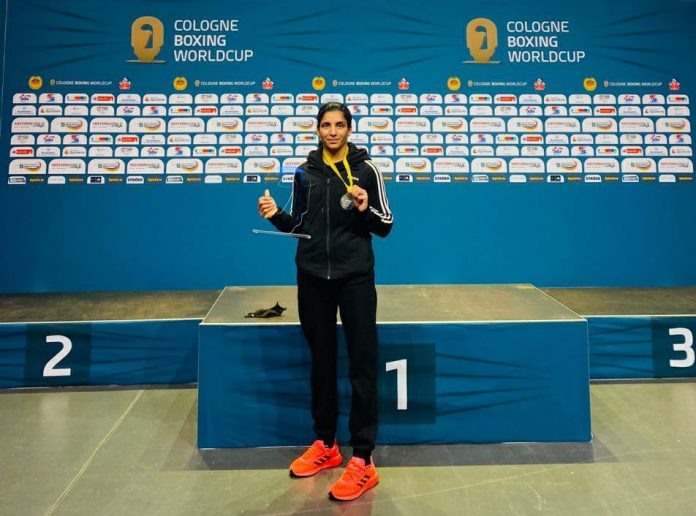 Simranjit Kaur, the Indian boxer has acquired Gold Medal at the Cologne Boxing World Cup in Germany under 60kg category. 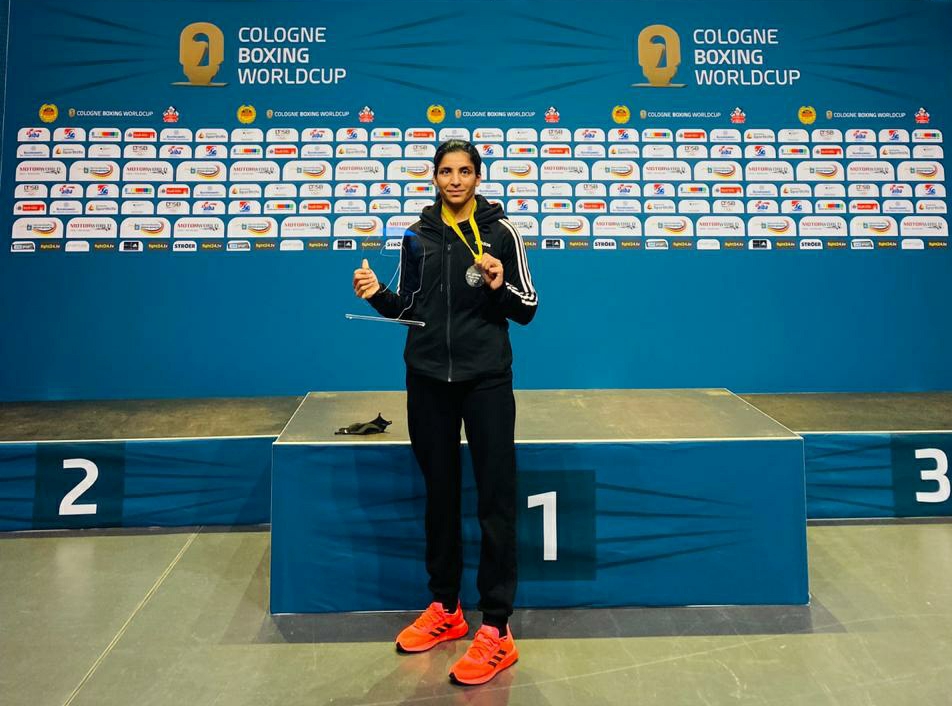 Simranjit Kaur, who is AIBA Women’s World Boxing Championships bronze medallist squared off against the host country’s Maya Kleinhans in the final bout.

The bout resulted in a 4-1 affair, being in the favour of the Indian boxer. This victory yielded a Gold Medal for the 25-year-old.

She had reached the final bout after getting the better of Ukrainian, Marianna Basanets in a 4-1 contest.

Kaur’s swift footwork and clear punches to the opponent helped her get the upper hand in the bout. Reducing the fighting distance with Maya helped her as well to get the advantage with the taller opponent.

Five women and eight men Indian boxers enlisted their names in the Cologne Boxing World Cup. India ended their campaign in Cologne with as many as nine medals including three golds, two silver and four bronze.

The bout ended in well fought 3:2 contest as Moun grabs the gold while Sakshi got a silver medal.

Amit Panghal, who is the 2018 Asian Games gold medallist and 2019 ASBC Asian Champion emerged victorious in the round-robin competition at the men’s flyweight (52kg category).

The 25-year-old Indian defeated one of his main rivals, France’s Billal Bennama in the semis and was given a walkover in the final by his German opponent.

With the wins, the Indian boxers completed their 67-days Europe training and competition campaign on a high note.

Kiren Rijiju, Minister for Youth Affairs and Sports wrote: “Our Indian boys and girls have won 9 medals including 3 gold, 2 silver and 4 bronze medals at the prestigious Cologne Boxing World Cup. India has achieved tremendous progress in Boxing. My hearty congratulations to our star boxers”

Our Indian boys and girls have won 9 medals including 3 Gold, 2 Silver and 4 Bonze Medals at the prestigious Cologne Boxing World Cup. India has achieved tremendous progress in Boxing.
My hearty congratulations to our star Boxers! pic.twitter.com/tZE680sSPT