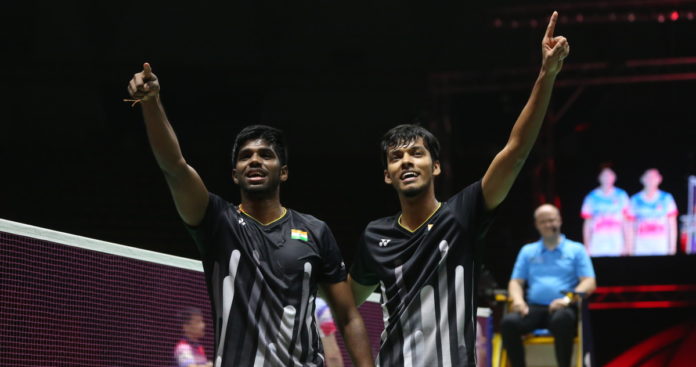 India bagged the silver medal in men’s doubles category of the French Open Super 750, thanks to the pair of Satwiksairaj Rankireddy and Chirag Shetty. The duo lost the finals in straight games against the top seeds Marcus Fernaldi Gideon and Kevin Sanjaya Sukamuljo of Indonesia by a 18-21 16-21 margin, on Sunday.

It took the Indonesian pair just 35 minutes to beat their opponent, who looked rather nervy from the start. But even after their failure, the Indian duo commands respect as this was the first time an Indian men’s doubles pair had reached a Super 750 final. In singles though, Kidambi Srikanth won the men’s title back in 2017 while Saina Nehwal reached the women’s final in 2012.

Both Satwik and Chirag weren’t in their best shape from the beginning and allowed Marcus and Kevin to take a huge lead of 7-1 in the first game. However, the Indian shuttlers showed character, coming back to the game at 17-17 a few moments later. With the scores level, the Indonesians changed their gear and quickly finished the game with three easy points.

The second game proved to be quite tight, as Satwik and Chirag took the game to 12-12, before the winners with their continuous pressure on the Indians, took home the match by a score of 16-21.

The Indian duo, ranked world no. 11 raised a few eyebrows on their way to the finals, when they defeated the reigning world champions Mohammad Ahsan and Hendra Setiawan. They also registered two stunning wins over Kim Astrup and Anders Skaarup Rasmussen the world no. 8 and Hiroyuki Endo and Yuta Watanabe, another favourites of the tournament.