Before you enter the world of Online Casinos, Check out the top 10 Live casinos recommended by India Casino Info
Home Cricket Is Shubman Gill India’s next superstar? 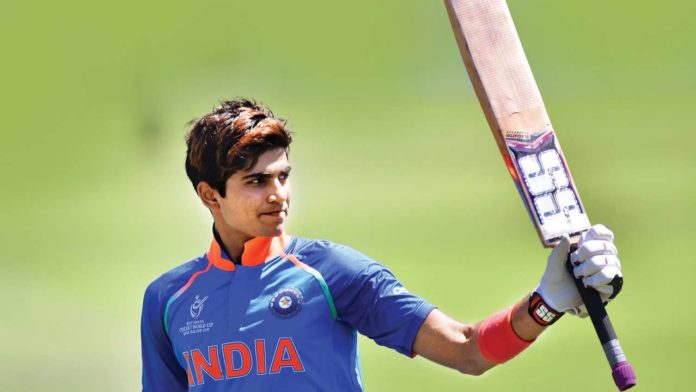 India has an uncanny knack of producing world-class batsmen for decades. The likes of Sunil Gavaskar, Sachin Tendulkar, Virat Kohli have been the shining stars in the world of cricket in their heydays. And one more name from India is threatening to break into that elite group-Shubhman Gill.

BCCI President Sourav Ganguly recently stated that Gill was a mix of Brian Lara and Kane Williamson. Not a bad accolade to get at an age of 20!

But how did Shubman Gill rise to fame and what does the future hold for this immensely talented cricketer?

One of the first things that Gill has imbibed is that scoring runs in the national colours may not come as easily as in domestic circuit, but the youngster has talent and temperament to scale great highs.

It was in 2018 when young Gill’s talents came to the fore. As the India U-19 team romped their way to the World Cup title under the tutelage of coach Rahul Dravid, it was Shubman Gill who led from the front, amassing 221 runs with three fifties and a match winning-hundred.

Apart from being adjudged the ‘Player of the Tournament’, it was his batting potential that didn’t just impress the cricket bigwigs but also saw him bagging a Rs 1.80-crore payout from Kolkata Knight Riders (KKR) at the 2018 Auctions.

For a person who idolises Kohli, the 19-year-old looks like a shadow of his role model with the willow in his hands. A right-hander like Kohli, Shubman has great hand-eye coordination that helps him to time the ball to perfection. His ability to finds gaps, play the big shots and rotate the strike are all Kohli-esque.

Even if he could not make his mark on the international stage right away, Gill’s capabilities with the willow will only get better with proper grooming and nurturing.

The thing that is a rare trait among the modern-day batsmen and one that separates Gill from the rest is his ability to bat for long hours. It has more to do with his hunger for runs and free-flowing style.

At just 20, Gill has the best of 268 in first-class cricket, a feat many only achieve in their mid-twenties. The right-hander is renowned for his ability to pick the gaps and cream boundaries rather than muscle the ball out of the park. By that yardstick, Gill does not have bad numbers in the IPL either. An average of close to 35 and a strike rate of 130+ is more than acceptable for a batsman having featured in only two seasons.

Primarily seen as a backfoot player, Gill is technically very correct and pleasing to the eye. His shuffle is perhaps not quite as pronounced as players such as Jacques Kallis or Steve Smith, but fewer moving parts make it easier to be in sync.

Although the lanky Punjab batsman has been churning out runs in domestic cricket for two years now, it was his performance against New Zealand A, that caught the eye of many. Gill smacked 83 and 204* in conditions which were heavily in favour of the bowlers.

The youngster averages impressive 69 in 15 first-class matches with 1535 runs to his name. The Indian team must build themselves and prepare for future assignments by nurturing young talents like Gill who can surely help fix the impending issues.

“What a talent, and what a good guy as well. He is going to be a part of our leadership group this year as well, at least in some capacity,” the former Kiwi skipper said of Gill in an interview on the KKR website.

“Even though he is young, I am a big believer that it’s not necessarily true that you having played for a long time makes you a good leader,” the former Black Caps skipper said.

The Knight Riders bought Gill during IPL 2018 auction months after the dynamic batsman guided India to Under-19 World Cup title.

Shubman, according to many, missed the chance to secure a place in the Test side when India toured the West Indies after spending some time on the fringes of the senior side. However, Gill made it count by impressing with the A-side.

Considering India plays 9 Tests (4 vs Australia, 5 vs England) before March next year, one would bank on Gill to replicate the sparkling success in Tests against tougher opposition. Even if the 20-year-old can reach close to that marker, he can be assured of a bright future. Ending up 10 per cent of the player Kohli is maybe enough for some players but you sense Gill will achieve much more than that. When cricket resumes, Gill may move from India’s future to very much their present.