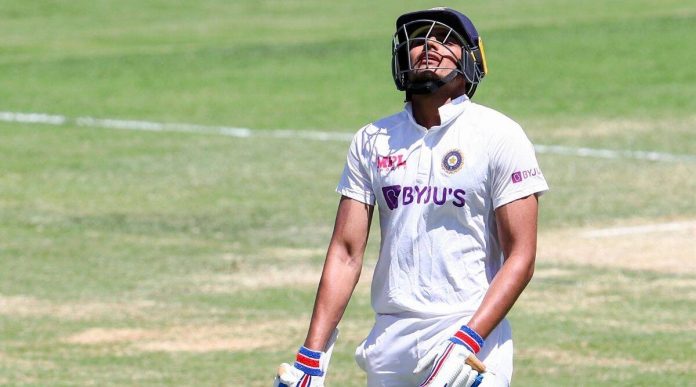 Among many things that stood up for Indian cricket on a successful tour of Australia, Shubman Gill was the most profound. Young, talented and more importantly composed. Indian cricket has never had any dearth of talent, but talent and temperament are a rare combo and that is where Shubman Gill stands out!

The Punjab youngster is gasp-inducing for two reasons: the rate at which he scores runs and the style in which he scores them. There are good players and then there are players who have the rare ability to put the opponent under pressure by their mere presence at the crease. Throughout his six innings in Australia, Shubman Gill gave an impression of being in control of the innings. Very seldom he allowed the bowlers to dominate and his 259 runs in debut series against a quality Australian bowling attack is a glowing testament to his growing stature.

Along with skipper Prithvi Shaw, Shubman Gill was the brightest thing to emerge from the triumph in the 2018 under-19 World Cup. While both of them have shown tremendous promise since, Prithvi Shaw’s career has somewhat hit a stumbling block with a series of underwhelming performances for India and for the Delhi Capitals (DC) in the Indian Premier League (IPL) as well.

This is exactly where the two are distinctly different. While Prithvi Shaw is more exuberant, he at times gives an impression that he lacks the poise and composure for the grinds of International cricket, while Shubman Gill, a tad less expressive than Shaw, makes up for it with a calm head above his shoulders.

The mercurial talents that these two possess, one is often tempted to draw parallels with two supremely talented cricketers from Mumbai in the early nineties and the opposite courses their careers took in due course.

The 21-year old Shubman Gill is now a phenomenon and there’s no denying that he has made it to the main Test setup after his performance in the tour, especially at Australia’s fortress- The Gabba. Cricketers from all over the world have poured in praises for the youngster after his fantastic 91 in the fourth innings while chasing 328.

The Shubman Gill career stats in Test cricket, even in its early days, makes for an impressive read. The Punjab-based batsman made his Test debut in the Boxing Day Test this summer. The cricketer returned with scores of 45 and 35 to star in India’s eight-wicket victory at the iconic MCG venue. Gill later notched up his maiden Test half-century in the next game and capped off his maiden Test series by registering his highest score (91). Across the series, the opening batsman has aggregated 259 runs.

In the 2018-19 Ranji Trophy, Gill scored 728 runs in just nine innings at an average of 104 while playing in the middle-order. India Under-19 and ‘A’ team coach Rahul Dravid had drafted Gill into the India A set-up to fast-track his progression. That time around, Gill was groomed as No 4 batsman, but ever since breaking into the Indian team a couple of years ago, Shubman has slowly and steadily stamped his class – as a genuine opener. While he made his ODI debut against New Zealand in January 2019, the 21-year-old had to wait longer before breaking into the Test side.

Shubman Gill: Made for Intl cricket

Apart from the obvious challenges, the advantage of opening the innings is one gets hit the hardball with lots of vacant areas, especially early on.

And Gill’s default mode is to play every ball he faces. On at least four occasions that I can remember, he met short of a length balls outside his off stump with a diagonal bat, just to knock them down defensively. It was as if he was looking to cut or square drive off the back foot, then decided not to, but still wanted to feel bat on ball.

Gill’s stroke-play, technique, and his temperament have often been praised by many as the youngster continues to rise through the ranks in Indian cricket. For many experts and former-players, his stand out attributes are his composed nature and the confidence in his abilities. Gill has had a great start to his Test career and will hope to keep getting better in the future.

That is what prompted Brendon McCullum, currently the coach at the Kolkata Knight Riders, to include Gill as part of the team’s leadership group. Gill’s responsibility was to help newcomers settle down while acting as a channel between them and the management.

The four-match Test series against England begins in Chennai from February 5 and like any other member of the Indian team, even Shubman would want to keep the momentum going.