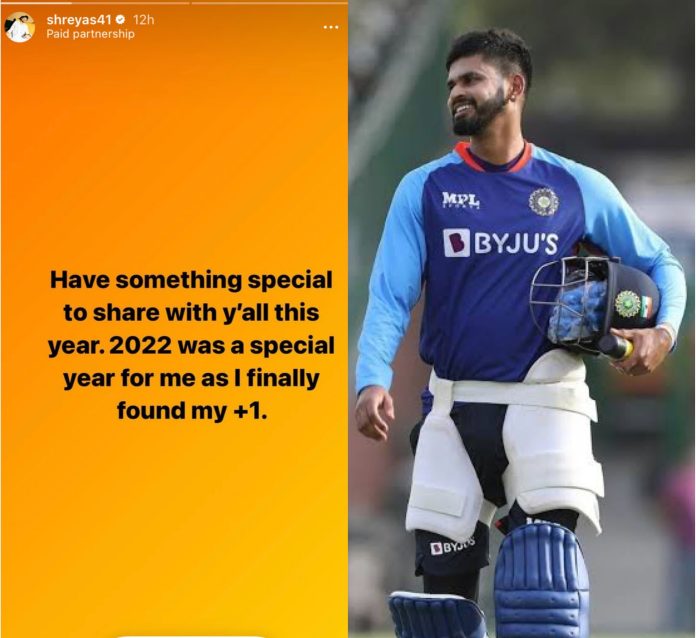 Shreyas Iyer, 27-year-old Indian batter and better known as India’s most eligible bachelor dropped a bombshell on his Instagram story which broke most of his female fans’ hearts. The KKR skipper had an exceptional 2022, ending the calendar year as India’s highest run scorer across formats.

But the right-handed batter from Mumbai shared a special update on his Instagram story where he stated that he finally found his +1.

Unsurprising, Iyer’s DM was flooded with messages from his fans enquiring about who the +1 is. The Mumbaikar posted another story about his ‘special someone’ who has been his constant partner in ups and downs. 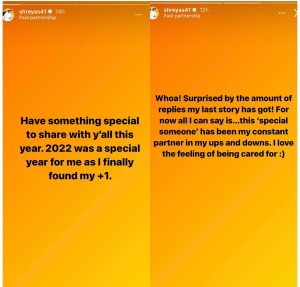 Luckily for Iyer’s admirers, this turned out to be a clever marketing strategy by Ultrahuman, an India-based company that is the world’s most advanced metabolic platform.

Shreyas Iyer revealed that his +1 was none other than the Ultrahuman M1. which is a metabolic tracker that gives real-time feedback on food, lifestyle, and sleep by monitoring glucose levels and provides food, fueling, and metabolic scores. The platform also has customized algorithms for Focus, Longevity, and Athletic Performance.

Shreyas Iyer is the brand ambassador of Ultrahuman and has been flaunting the Ultrahuman M1 patch while batting for India and KKR. Iyer states in his post that the M1 has been his +1 for 2022, helping him stay accountable and staying healthy.

Ultrahuman have an ongoing offer of 1+1 on M1 purchase and their marketing team very strategically capitalized on this by leveraging Shreyas Iyer’s bachelor status and grabbing eyeballs on their campaign.

The reel posted by Shreyas has crossed 300k views, 60,000 likes, and more than 400 comments where most of Iyer’s fangirls breathed a huge sigh of relief.

Shreyas Iyer has been rested for the T20I series against Sri Lanka but will feature in the three-match ODI series starting from 10th January. Iyer recently took India over the line in the 2nd Test against Bangladesh and helped the Men in Blue secure a 2-0 victory in the Test series. The 27-year-old was awarded the player of the series for his batting exploits as he ended the series as the leading run-scorer.