Indian captain Virat Kohli has lauded Shreyas Iyer’s maturity under pressure in the ODI series against the West Indies. And now the young batsman claims that he loves to bat in tough situations when the dressing room is “nervous”. The 24-year-old has played a major role in India’s victory in the last two games to wrap up the series 2-0. He supported his captain in the second and third ODIs under tricky situations as they put up partnerships of 125 and 120 respectively. 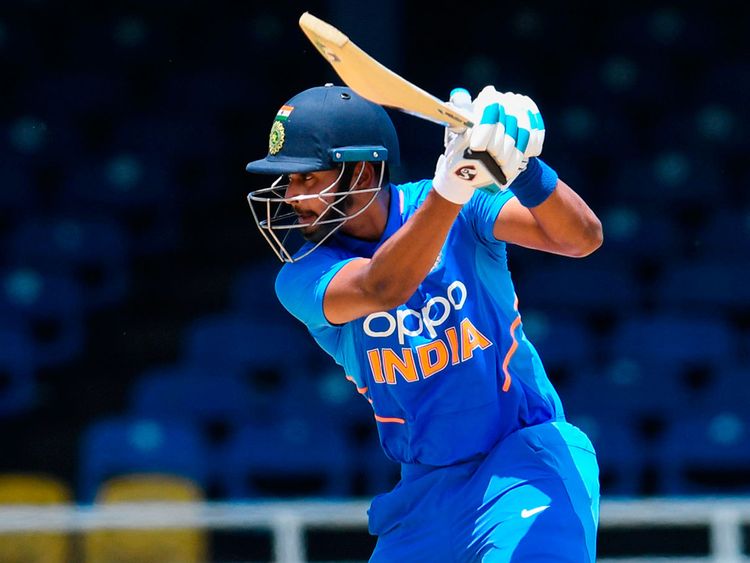 “I am very happy. I want to come out to bat in this kind of tough situations when everybody in the dressing room is nervous. I love it because the (complexion of the) match can change and anything can happen,” Iyer told Chahal in an interview after the third ODI on Wednesday.

In the final ODI at Trinidad, Iyer came out to bat when India were in pressure at 91/3, losing two wickets in the 13th over while chasing a revised target of 255 from 35 overs. He straightaway started counter-attacking, finishing on 65 with five huge sixes during his 41-ball knock. When asked about those maximums he joked that he was taking “revenge” of Chahal being hit for runs by Nicholas Pooran during the West Indies innings.

“I have to take revenge for our bowlers. He (Pooran) is a fine batsman; but since Chahal has been hit, I was angry and so had to take revenge,” Iyer jokingly replied.