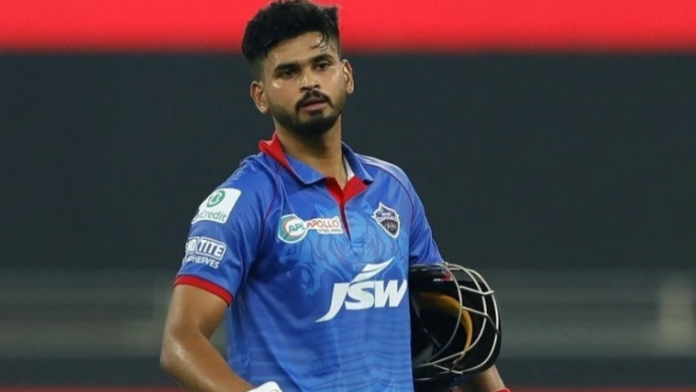 Shreyas Iyer took over Delhi Capitals‘ captaincy from Gautam Gambhir in IPL 2018 and has led the team from the front since then. There has been no looking back for the Mumbai batsman from there on as he went on to cement his place even in India’s limited-overs side.

Into his third season with Delhi Capitals, Iyer has matured as a cricketer and seems to be thriving with the added responsibility of captaincy. Bigger tests will come over the course of the tournament and there will be highs and the lows, but the Mumbai lad has shown adeptness and a penchant for the role. And if Delhi Capital’s campaign turns out to be a successful one, it just might give the Indian selectors captaincy options if the need arises in the distant future.

Virat Kohli and Rohit Sharma, the limited-overs vice-captain, are in their 30s and perhaps Shreyas Iyer, who is leading the Delhi Capitals, could be in the frame to carry on the baton in the future.

Iyer is on a considerable paycheck in the IPL, but the money doesn’t matter, Iyer says. “It is just a figure in the bank account. I don’t think about it. I am here to play cricket.” And he’s playing it very well indeed.

On his captaincy debut three years back, Iyer smashed an unbeaten 93 off 40 deliveries against the mighty KKR, and aims to continue to perform at the highest level.

“All pieces of the puzzle need to fall in the right place to be a champion team,” Iyer said in an exclusive interview.

“The IPL is a long tournament and results keep going up and down invariably. The one thing that worked for us last season was how in each and every match, different players stepped up to the occasion and that was crucial to our success and will be key this year too,” he further added.

Iyer and journey from UAE

At the 2014 Under-19 World Cup held in the United Arab Emirates (UAE), Iyer featured in just three matches, scoring 161 runs with the help of two fifties. Back in the desert and hoping to lead Delhi Capitals to their maiden IPL title, Iyer has come a long way.

“To be honest, I felt I should have played more matches in that tournament as I could have contributed more to the team’s cause. But the selection is not in my hands. But it only made me more determined. Because I don’t like sitting out,” Iyer says.

After all, the middle-order batsman hails from Mumbai– a city known for producing several batsmen of world-class abilities like Sunil Gavaskar, Dilip Vengsarkar, Sachin Tendulkar and Rohit Sharma.

After slogging hard in the domestic circuits with Mumbai, Iyer caught the eye of Pravin Amre, who was a vital member of the Delhi franchisees coaching staff. In his maiden IPL season, Iyer not only established himself as a regular, scoring 300 plus runs but also accepted the challenge of performing on the highest level. There is one more target that one else needs to set for him, and that is to captain India.

Presenting, the #DelhiCapitals Class of 2020 🔥

For Iyer though, highs and lows have lived cheek by jowl. On the back on a decent IPL season, the middle-order batsman hoped that he would occupy the much talked about No 4 spot for India at the 2019 Cricket World Cup in England. However, KL Rahul and Rishabh Pant were preferred to him, something that he was gutted about.

“After missing out on the World Cup, one tends to lose patience but the selection is not in your hands. All you can do is perform, perform and perform and that is what I enjoy doing. You have to keep performing and keep showing people that you are capable of playing at the highest league,” Iyer said about the World Cup omission.

But since then, Iyer has let the bat do the talking.

Post India’s West Indies tour in 2019, the Mumbai batsman has been the go-to man for skipper Virat Kohli at the number 4 slot. He has reposed Kohli’s faith with a string of consistent scores, displaying solid temperament and maturity that are ideal for any middle-order batsman.

Though he still has a long way to go in international cricket, maybe, just maybe, he could be our captain-in-waiting.