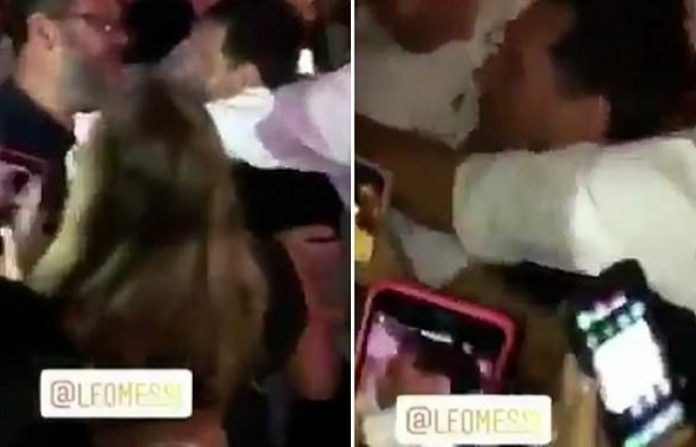 Few days back in the International Champions Cup preseason tournament, Atletico Madrid blasted past 7 goals against arch rivals Real Madrid. However, the White side of Madrid wasn’t the only one who got thrashed. 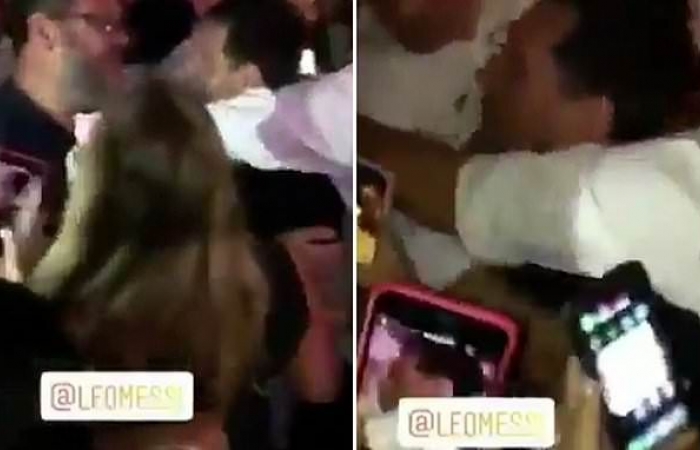 In the MetLife stadium, was a daring Barcelona fan who wore his Messi jersey and sat amongst Real Madrid supporters. As the game got aggressive , so did the mood of the fans resulting in fans throwing drinks at the lad.

He seemed to escape relatively unharmed in similar fashion to his idol Lionel Messi who was recently bundled out of an Ibiza nightclub after a man tried to fight him.

In case you didn’t know , Lionel Messi was escorted out of an Ibiza nightclub after a man reportedly tried to fight him.