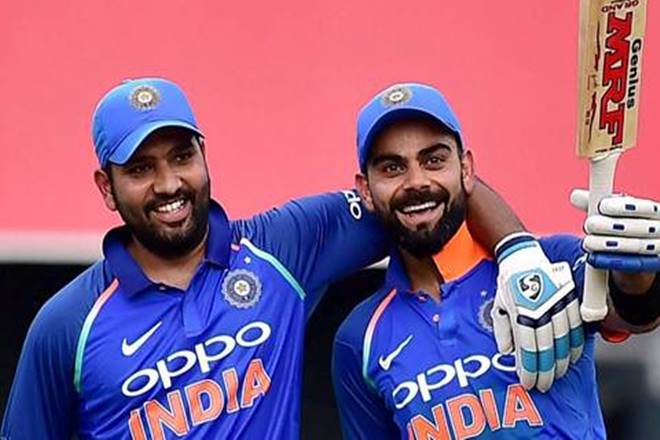 For long, IPL has been considered a supply talent-pool for the Indian National team. Virat Kohli and his team will travel to Australia right after the IPL 2020 for 3-T20, 3-ODI’s and 4-match Test series.

Sunil Joshi led BCCI’s selection committee is likely to meet before the end of the week to select the Indian team for the forthcoming tour. It is being learnt that the BCCI has directed selectors to pick a minimum 30-32 member squad for all 3 formats. It will be Team India’s first international assignment since March. Post that tour India will host England for a five-Test series.

Given the tight schedule, the question is, why shouldn’t the Indian think tank adopt a split captaincy policy and give the limited-overs duties to another gladiator-like Rohit Sharma?

That Rohit Sharma and Virat Kohli are two of the most important members of the Indian batting line-up today. They are two men who have owned the limited-overs circuit, making all the others fade away into oblivion in the last decade.

It’s been three years since Kohli has assumed the role of captain of every format for the Indian side. While he has had excellent success in Test cricket, with leading India to their only Test series victory in Australia being the crown jewel, the same cannot be said of his limited-overs record as skipper.

But the experience says that split captaincy is an alien concept that doesn’t work in Indian cricket. It saw MS Dhoni giving up the limited-overs’ captaincy in 2017 and that’s probably the reason why the MSK Prasad-led selection committee resisted the move to hand over the T20I captaincy to Rohit Sharma. With Kohli opting for periodic breaks in 2018 and 2019, voices were raised to hand over the leadership job to Rohit but that didn’t happen.

And with three limited-overs World Cups (2 T20 World Cups and a 50-over World Cup) set to be played in the next three years, Kohli is set to keep the position for now. Since Team India is playing cricket for almost 9-10 months in a year, the question still remains: Does the team need two captains?

The basic necessity for the debate is borne out of the realistic possibility of a burn-out. The hard-yards of international cricket can take its toll on any given player-and for someone like Virat Kohli, who apart from being the premier batsman in the Indian side, shoulders the added responsibility of captaincy-a break from a leadership role would not be a bad thought.

The fact that makes a case for Rohit’s stake for captaincy is his record with the Mumbai Indians. Not that his credentials as a captain aren’t doubted by many. He has led Mumbai Indians to the Indian Premier League title four times and even did well whenever he got the opportunity to lead the Indian cricket team, like winning the Asia Cup in 2018.

On the flipside, Kohli’s inability to lead Royal Challengers Bangalore to an elusive IPL title has always given room for questions over his captaincy. Of course, his leadership skills in Test cricket are mighty impressive – with India being a powerhouse at home and even winning a historic series in Australia.

Let’s take in a few factors about winning an IPL. The IPL is a very, very tough tournament, the standard of the two-month-long tournament is higher than many bilateral ODI series. Considering the reasons, the Mumbai skipper continues to give clear competition to Kohli for the limited-overs captaincy due to his knack of being calm, using his bowlers wisely and having four IPL titles — the most by a captain in the tournament history — as opposed to Kohli’s none.

As compared to Rohit, Kohli has a different style of captaincy, he likes to be right in front every time, he likes to be lead from front and be aggressive all the time. It is his style and it has suited him. Rohit keeps the dressing room calm while Virat makes sure that everyone is on their toes.

Till now, the selection committee has resisted the move and has backed the 31-year-old Virat Kohli, who was retained as full-time captain for the Men in Blue. However, it won’t take long for that to change and Rohit clearly deserves a tilt at full-time captaincy.