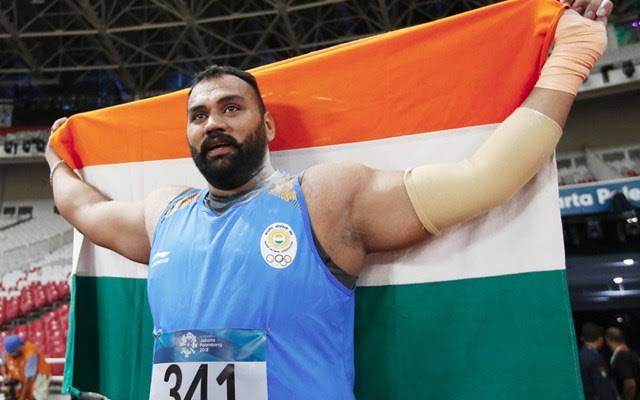 The South Asian Games is to kick-off from Sunday, December 1, in Kathmandu, Nepal and shot putter Tejinder Pal Singh Toor is to be the flagbearer of India. The opening ceremony will be held in the capital city of Nepal and will see the 25-year-old shot putter holding the country’s tri-coloured flag high. 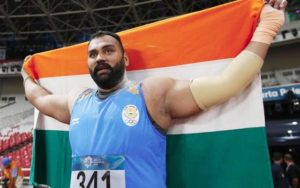 He’s a likely candidate for the event as he is the highest-ranked indian shot putter in South Asian Games. Toor has been bringing in medals and earning titles in the South Asian Games for years now. He clinched the gold medal last year in Men’s Shot Put. IOA Secretary General, Rajeev Mehta himself announced this to the media. “ The IOA is honoured to bestow to you, Mr Tejinder Pal Singh Toor, the privilege of being the flagbearer of the Indian contingent at the Opening Ceremony of the XIII South Asian Games — 2019 in Kathmandu and Pokhara, Nepal.”

The shot put star has a national outdoor record of 20.92m. Toor, who hails from Punjab, was initially trying in cricket, but upon his father’s insistence, he decided to leave cricket and try shot put instead. Last year he broke both the Games and National record.

The event will take place between December 1 and 10 in Kathmandu and Pokhara.